On Friday, a joint cordon and search operation was launched by the police, army and SSB based on a tip-off regarding the presence of terrorists in Yedipora village.

Police said they have been identified the slain terrorists as Yawar Shafi Bhat, a resident of Kalampora in Pulwama, and Aamir Hussain Bhat, from Veshro in Shopian.

“As per police records, both of them were categorised terrorists and had recently joined terrorist ranks. Both were involved in criminal cases, including attacks on police/security forces and civilians.

“Preliminary investigation and intelligence based inputs revealed that the killed terrorists were tasked to attack the ongoing Army Recruitment Rally (Agniveer) in Baramulla, in order to derail the recruitment rally and disturb the youth who are eager to join the mainstream. However, their elimination has helped Police/SF in repulsing such nefarious plans,” the police said.

Incriminating materials, arms and ammunition were recovered from the encounter site.

Marathi film ‘Aatmapamphlet’ to be screened at 73rd Berlinale

‘No case is too small for Supreme Court or too big..’: SC vs Centre war of words 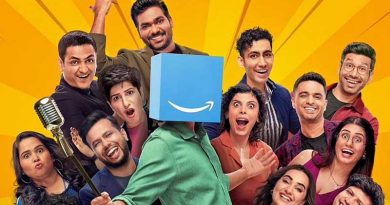 Pegasus Airlines cancels over 200 flights amid snowfall in Istanbul