Acting on specific information generated by the Shopian Police regarding the presence of terrorists in Hushangpora village in Nagbal area on Tuesday, a joint cordon and search operation was launched by the police, Army and CRPF.

“During the search operation as the joint search party approached towards the suspected spot, the hiding terrorists fired indiscriminately which was retaliated effectively leading to an encounter,” the police said.

“In the ensuing encounter, three local terrorists of the proscribed terror outfit LeT were killed and their bodies have also been retrieved.”

The slain terrorists were as Danish Khursheed Bhat, a resident of Ladi Imamsahib; Tanveer Ahmad Wani, from Amarbugh Imamsahib; and Towseef Ahmad Bhat, belonging to Chermarg.

“As per police records, the three were categorised terrorists and involved in several terror crime cases including attacks on police/security forces and civilian atrocities. Danish Khursheed Bhat and Tanveer Ahmad Wani who were active since August 2021, were trying to revive the terror folds by recruiting and motivating the gullible youth to join them. Danish Khursheed had earlier escaped several encounters,” the police added.

Incriminating materials, arms and ammunition were recovered from the encounter site. 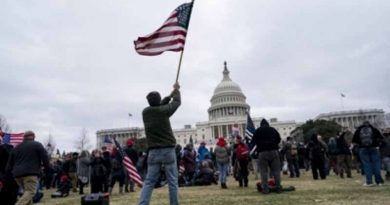