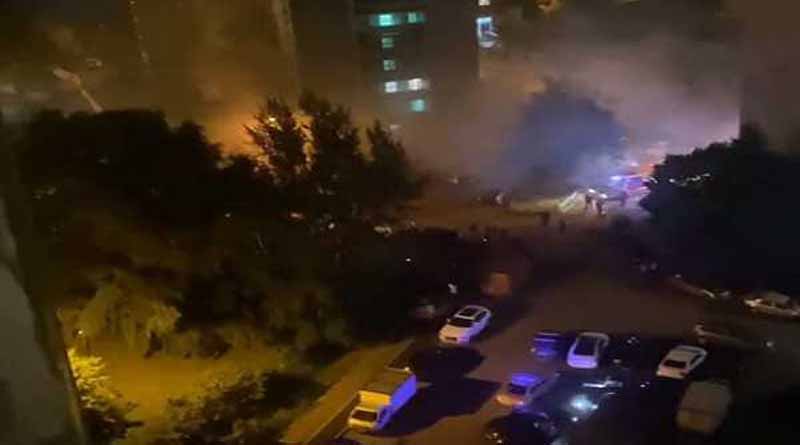 Seoul, Aug 5 : Five people were killed, and 37 others were injured in a South Korean fire accident that took place at a hospital building in Icheon, around 50 km southeast of the capital Seoul, Yonhap news agency reported Friday.

The fire broke out at 10:17 a.m. local time (0117 GMT) from the four-story building, which houses a hospital for dialysis patients on the fourth floor, offices on the second and third floors and restaurants on the first floor.

Among 33 patients and 13 medical staff at the hospital, five were found dead. Three were patients and one was a nurse, while the remaining one had yet to be identified.
A total of 37 people sustained injuries such as smoke inhalation.

The fire was presumed to have started from a screen golf facility on the third floor of the building. Investigations were underway for the exact cause of the accident.

UP: 2 youths die, 1 injured as bike collides with truck

Death toll rises to 17 in attack on Mexican prison