New Delhi, Aug 26 : Billionaire Gautam Adani-led Adani Group on Friday asserted that no prior approval was needed from market regulator SEBI to acquire 29 per cent stake in NDTV as stated by the media company founded and promoted by Prannoy Roy and Radhika Roy.

In a regulatory filing, Adani Group said that the contentions raised by RRPR, promoter group company of NDTV, are baseless, legally untenable and devoid of merit.

“RRPR is therefore bound to immediately perform its obligation and allot the equity shares as specified in the Warrant Exercise Notice,” Adani said in the filing.

NDTV, however, soon informed the stock exchanges that neither the media firm nor its founder-promoters were informed about the transaction.

It later said that its promoters Prannoy Roy and Radhika Roy are barred from buying or selling of shares or being associated with the securities market. Therefore, Adani Group would need to take approval from market regulator Securities and Exchange Board of India (SEBI) to complete the transaction.

Adani has challenged the stand taken by NDTV to presumably block the deal.

“RRPR is not a party to the SEBI Order dated 27th November 2020 (“SEBI Order”). Consequently, the restraints as pointed out by RRPR in paragraphs 111(b) and 112 of the SEBI Order do not apply to RRPR. The Warrant Exercise Notice has been issued by VCPL under a contract which is binding on RRPR. RRPR is therefore obligated to comply with its contractual obligations,” Adani said on Friday. 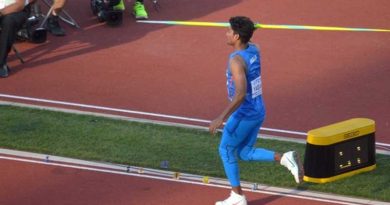