Lucknow, Sep 5 : The All India Muslim Personal Law Board (AIMPLB) has questioned the Uttar Pradesh government’s decision to survey unrecognised madrasas in the state.

The AIMPLB has termed it a part of the “targeting” of the institutions by the BJP-ruled states.

Qasim Rasool Ilyas, executive member of the AIMPLB, said, “Madrasas are being targeted in Uttar Pradesh and Assam. This is being done even though minority institutions are protected under the law. In Assam, the government has gone as far as to bulldoze some of the smaller madrasas while converting others to schools. If the issue is that of restricting religious education and promoting secular education instead, then why isn’t the government taking the same action against gurukuls?”

The Yogi Adityanath government in Uttar Pradesh has announced a survey of the madrasas saying it wants to gather information on the number of teachers, their curriculum, and the basic facilities available.

Ilyas said that there is no clear estimate of the total number of madrasas in Uttar Pradesh, but given that the Sachar Committee report said around 4 per cent Muslim children studied in them, there are likely to be thousands.

The AIMPLB said that the Sachar Committee estimate was itself a ‘gross underestimation’.

Laying out the structure of Islamic teaching, Ilyas said it was disseminated through essentially three types of institutions — maktabs, which are religious classes held inside masjids for several hours every day; smaller madrasas or hifz, where younger students up to the age of 8-10 years are taught to memorise the Quran; and aalimiyats or bigger madrasas where students are taught Islamic ideology, the interpretation of the Quran as well as the word of Prophet Mohammad and other theological matters.

It is primarily at the level of aalimiyats that many madrasas are affiliated with the Madrasa Board and receive partial funds and grants from the state governments, he said.

“For madrasas that are not funded by the government, funds are raised by the community for running these institutes. The tuition fee, boarding and food are free. This ensures that poor students can study. In that sense, the government action against madrasas is counter-productive because it simply increases their burden of ensuring that children are enrolled in school, as they must be according to the Right to Education Act,” he added.

The AIMPLB also fears that state government action against madrasas will not remain confined to the small bodies. 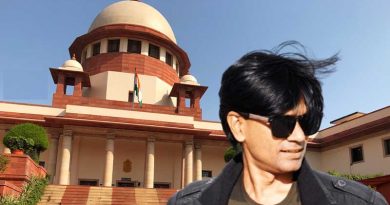