London, Nov 26 : As millions feel a financial crunch in the UK, the government has splurged 1.3 million pounds (US$1.5 m) on a sculpture for Prime Minister Rishi Sunak’s garden.

The bronze sculpture by Henry Moore, titled Working Model for Seated Woman, has been sent to 10 Downing Street amid burgeoning cost of living crisis in the UK, The Sun reported.

The 1980 sculpture bought by the taxpayer-funded Government Art Collection is believed to have been sold at a Christie’s auction last month for just over 1.3 million pounds.

According to the Christie’s website, the piece of art “conveys a strong sense of maternity and pregnancy — from the gentle watchfulness of the woman’s face and her guarded posture to the protective nature of her arms and the architectural shelter she offers between her lap and shoulders to this, semi-abstract, embryonic and Jean Arp-like form”.

Downing Street said no politicians were involved in the decision to buy, The Sun reported.

With inflation hitting a 41-year high of 11.1 per cent in October, Britons have been cutting back on their spending.

According to a GlobalData for VoucherCodes research, Britons will spend 8.7 billion pounds ($10.5 billion) over the Black Friday weekend (November 25 – November 28).

A new MetLife UK research said 48 per cent of the people are worried about missing their mortgage repayments due to the soaring cost of living crisis.

The study further revealed that 42 per cent have no savings to fall back on if they found themselves unable to pay their mortgage.

Sunak and his wife Akshata Murty were recently ranked 17th on the UK’s ‘Asian Rich List 2022’, with an estimated wealth of 790 million pounds. 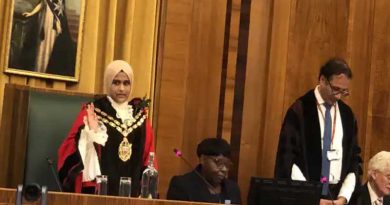