Albanese also shared a photograph with Prime Minister Narendra Modi when the two leaders had discussed the deal on the sidelines of the 17th G20 Summit in Bali, Indonesia last week.
The agreement was signed between the two countries in April this year.

Following the passage, Australian Prime Minister Anthony Albanese, in a statement, said, “New trade agreements with India and the UK will strengthen our existing trade and economic relationships. These new agreements will create new opportunities for trade diversification and great outcomes for Australian business and Australian families.”

“Today’s passage of legislation demonstrates Australia’s commitment to free trade and the rules-based trading system. It is an acknowledgement of the centrality of trade to our economic resilience and ongoing prosperity,” Albanese added.

Expressing delight at the passage of the Agreement, Commerce Minister Piyush Goyal, in a tweet, called it a result of the “deep friendship” between the two countries.
“It sets the stage for us to unleash the full potential of our trade ties and spur massive economic growth,” the tweet adds.

In a media release issued after the passage, the office of Australia’s Minister for Trade and Tourism Senator Hon Don Farrell said that the ECTA will enter into force 30 days or another mutually agreed time after the respective parties confirm in writing that they have completed their domestic requirements.

The release read that the Australian exporters, businesses, workers and consumers will soon be able to “reap the opportunities and benefits of more open trade with India” with the passage of implementing legislation through the Parliament.

It further said that the Albanese government has worked hard to expeditiously advance all processes necessary, to ensure Australia is in a position to implement the agreement before the end of this year.
Terming the ECTA a great opportunity for Australian businesses, the release said that it will open up new markets to reach around 1.4 billion consumers in the world’s fastest growing major economy.

“These agreements will support our businesses to grow, to offer more employment opportunities, and will give Australian consumers more choice at the checkout,” Trade and Tourism, Senator the Hon Don Farrell said.
“We are ready to implement these deals and will continue working closely with the UK and Indian Governments to implement the trade agreements as soon as possible,” Farrell added.

Under the Agreement, taxes on 90 per cent of Australian goods exported to India including meat, wool, cotton, seafood, nuts and avocados will be removed.

He urged Industry to make best use of this Agreement and look at capturing new opportunities in Australia. The minister said that these trading agreements with developed countries will usher in new opportunities for India’s youth, businesses across sectors. 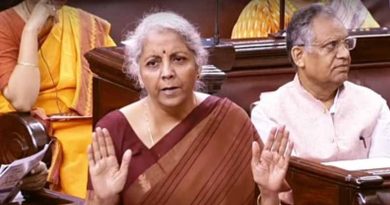