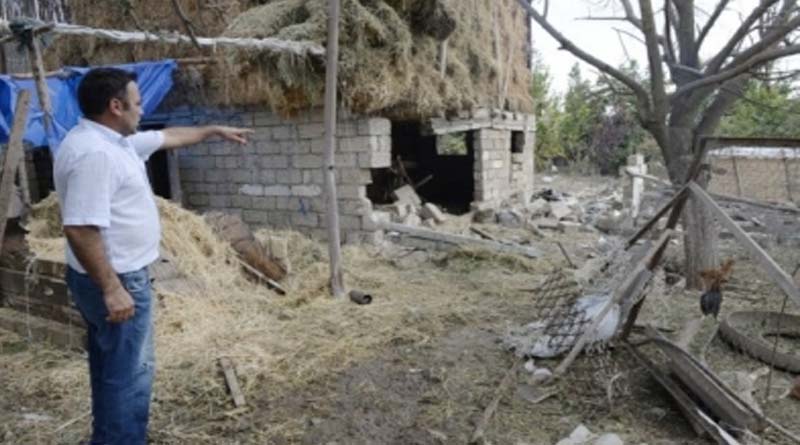 Baku/Yerevan, Aug 4 : Azerbaijan and Armenia have blamed each other of violating their ceasefire agreement and launching provocation in the disputed Nagorno-Karabakh region.

“The illegal Armenian detachments in the territory of Azerbaijan, where the peacekeeping contingent of the Russian Federation is temporarily deployed, fired intensively on the positions of the Azerbaijani Army in the direction of the Lachin region,” Xinhua news agency quoted the Foreign Ministry in Baku as saying on Wednesday.

It added that one Azerbaijani serviceman was killed.

Meanwhile, the Foreign Ministry in Yerevan said in a statement that Azerbaijani forces “once again violating the November 9, 2020, Trilateral Statement of the leaders of Armenia, Russia and Azerbaijan on the cessation of hostilities in the Nagorno-Karabakh conflict zone, launched aggression in the area of responsibility of the Russian peacekeeping contingent, resulting in casualties and wounded ones”.

Armenia and Azerbaijan have been at loggerheads over the mountainous region of Nagorno-Karabakh since 1988.

Peace talks have been held since 1994, when a ceasefire was agreed, but there have been sporadic minor clashes since then.

A new round of armed conflict broke out along the contact line on September 27, 2020, before Russia brokered a ceasefire on November 9 of that year.

On November 26, 2021, Azerbaijan President Ilham Aliyev and Armenian Prime Minister Nikol Pashinyan met Russian President Vladimir Putin in Sochi, where they agreed on creating mechanisms for demarcation and delimitation of the border between the two nations.

During their previous meeting last April, Aliyev and Pashinyan launched a peace treaty process mediated by the European Union, and they agreed to establish border commissions to work on the border delimitation issue.