New Delhi, Aug 20 : Four persons, who were running the biggest international fake passport and visa rackets, have been arrested by the IGI airport police.

The DCP of IGI airport, Tanu Sharma, said that 325 fake passports, 175 fake visas and other related things were recovered from them.

“The mastermind of the gang is Zakir Yusuf Shaikh. IGI unit got tip-off about the gang following which it was busted,” said the police official.

Earlier, a case of PP Act was registered at Police Station of IGI Airport in which passenger Ravi Rameshbhai Chaudhary, a resident of Gandhinagar, Gujarat was deported from Kuwait on the allegations of fake and fabricated passport.

During course of investigation, it was found that the fake and fabricated passport was arranged by agents namely Zakir Yusuf Shaikh and Mushtaq alias Jamil Picturewala, both residents of Mumbai, who were introduced to Ravi Rameshbhai Chaudhary through a local agent namely Narayanbhai Chaudhary of Gujarat.

During the course of investigation, both the agents Sheikh and Picturewala were arrested from Mumbai along with their counterparts Imtiaz ali Sheikh alias Raju Bhai and Sanjay Dattaram Chavan from Mumbai.

Efforts are being made to arrest absconding agent Narayan Bhai who is on the run. 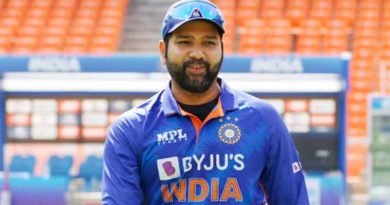