Patna, Aug 24 : Following the CBI raid on a Gurugram mall in connection with the alleged land-for-job scam, Bihar Deputy Chief Minister Tejashwi Yadav on Wednesday said that he does not own the mall, which was inaugurated by Haryana Chief Minister Manohar Lal Khattar.

In a series of tweets, he said: “The Urban Cubes mall belongs to White Land Corporation Ltd and a BJP MP has an investment in it. Krishna Kumar is the present owner of this mall. Moreover, Haryana CM Manohar Lal Khattar inaugurated that mall. Now, CBI is answerable to it. It should clarify the owner of the mall.

In a jibe at the BJP’s use of central agencies against opposition parties, Tejashwi Yadav said: “After losing the power in Bihar, the BJP has forwarded the three ‘Jamai’ to defame my image. The allegation leveled on me is baseless and its attributes to conspiracy against me.

“During the discussion before the vote of trust, I said in the Assembly that the BJP is scared of the 2024 Lok Sabha election. We will win 40 seats and BJP is scared of it. Hence, it has forwarded three Jamais – ED, CBI, and Income Tax – to defame my image. BJP, RSS and some media organisations have initiated a campaign against me to defame my image and disturb the vote of trust in the house.”

“Today, we have won the vote of trust in the house and it is a win for Baba Saheb Bhim Rao Ambedkar, Ram Manohar Lohia, and Karpoori Thakur’s ideology. It is a win of brotherhood, and people of the country. It has given a strong message to every person who wants to make the country united. It is a defeat of communal forces responsible for not doing anything and putting additional burden on common people. It has given a strong message to every opposition party that those who fight, will win and those who are scared, will lose,” he added.

“The BJP leaders are cowardly people and it was proved in the house when they left without facing the challenge inside. They do not even dare to face us. The BJP was wanting to repeat the game of Maharashtra in Bihar. It was defeated as the leaders of Bihar were alert about it,” the RJD leader said.

“When I went for my honeymoon, the BJP issued a lookout notice against me but when Nirav Modi, Mehul Choksi, Vijay Malya, Lalit Modi and others fled from the country with thousands of crores, the Centre did not act against them,” he said.

“PM Narendra Modi said that Nitish Kumar is a true socialist leader. Now when he comes with the RJD, then why BJP is feeling the pain?” Tejashwi asked. 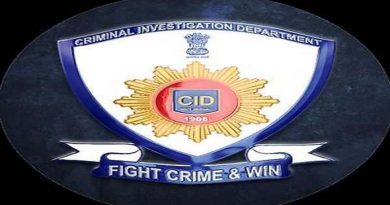 UP: Four dead, 40 injured as bus collides with truck