Patna, Aug 19 : After formation of a new government in Bihar, the ruling Janata Dal-United (JD-U) called a meeting of its national Executive Committee in Patna on August 29.

Leaders of JD-U from across the country have been asked to join the meeting.

“We have called for the meeting on various issues including the election in Nagaland and Gujarat scheduled next year. We will discuss the current political situation of Bihar and the country. The meeting will be chaired by our national President Rajiv Ranjan Singh alias Lalan Singh,” JD-U state President Umesh Kushwaha said.

During the meeting, Chief Minister Nitish Kumar, ministers of state government under JD-U quota, MPs from both houses of Parliament, MLAs, MLCs and other leaders will take part in it.

“Our party leaders will also discuss the policies and strategies for 2024 Lok Sabha and 2025 assembly election of Bihar as well,” Kushwaha said.

Taylor Swift to make directorial debut with her original script

Imran’s party warns as reports of his imminent arrest emerge 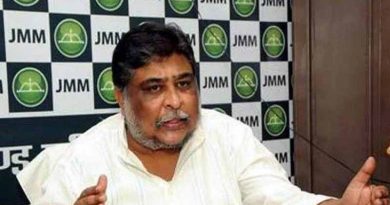 Law : ‘No balancing of right to info, right to privacy’: SC on its 2015 verdict on disclosure of bank info