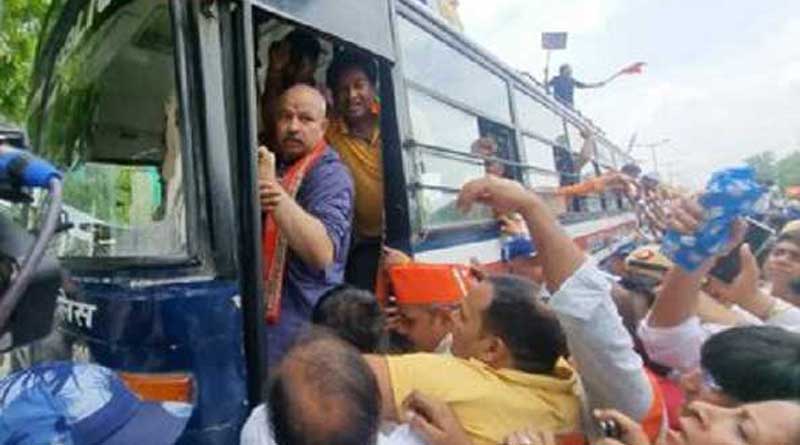 The protest led by Delhi BJP chief Adesh Gupta was among those detained by the police.

The party workers also staged a protest outside the residence of Deputy chief minister Manish Sisodia.

BJP workers, who were protesting outside Sisodia’s residence, breaking barricades put up by Delhi Police. Later, they were detained by the police, who put them in a bus, and took them away.

recommended a CBI inquiry on a recent report by the Chief Secretary established violations of the Delhi Excise Act 2009.

He alleged that Sisodia was providing undue benefits to liquor licensees.

Delhi government introduced excise policy was in November last year, since then the BJP has been demanding the rollback of policy and alleged that government is promoting liquor in the national capital.

National : Azam Khan disqualified as member of UP Assembly

Nitish didn’t allow road construction as someone hurled shoe at him 15 years ago: Prashant Kishor

‘Those records do not belong to him’: US Justice Department tears into Trump