New Delhi, Aug 19 : The Chinese economy is struggling and the central bank has unexpectedly lowered its policy rate signalling serious worries about growth, said the Department of Economic Affairs (DEA) under the Indian Finance Ministry.

According to the Monthly Economic Review published by the DEA, the lowering of policy rate in China could trigger risk aversion in financial markets around the world that have begun celebrating, perhaps, prematurely, the easing of inflation pressures in the near-term in the developed world.

In its latest economic review, the DEA said the geopolitical environment remains tense and fraught.

“This could trigger fresh supply concerns in the winter for critical commodities such as crude oil and natural gas,” it said.

Stating that the inflation rates are high, the review said without further considerable policy tightening, it is difficult to see the inflation rate in the advanced world drop to around two per cent to three per cent.

“Such tightening would almost guarantee a recession for economic growth and corporate profits. Hence, a reality check on the part of stock markets in the developed world could bring back growth chills everywhere,” the review notes.

For now, India looks better placed on the growth-inflation-external balance triangle for 2022-23 than it did two months ago owing to the swift economic policy response by the government and the central bank, the DEA said.

National : Those involved in corruption will be thrown out of Trinamool: Abhishek Banerjee

International : Biden warns Putin against use of chemical or nuclear weapons

Tiruchi farmers lash out against TN govt over lack of procurement 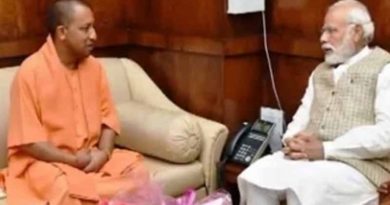 Prez Murmu on 2-day visit to Rajasthan from today