Kolkata, Oct 1 : Calcutta High Court on Friday directed the Deputy Commissioner of Police, Detective Department, Bidhannagar Police Commissionerate, to submit a comprehensive report on an investigation into a complaint against poet Srijato Bandyopadhyay for a 2017 poem that allegedly hurt Hindu sentiments. Justice Rajasekhar Mantha directed that the report be submitted by November 17 when the matter comes up for next hearing.

Petitioner Biplab Kumar Chowdhury had lodged a complaint against Bandyopadhyay at the Bidhannagar Police Station around March 21, 2017 for a poem about placing a condom on a Trishul. The Trishul is considered holy by Hindus, particularly Shaivites. After the police refused to take any steps, the petitioner moved the Additional Chief Judicial Magistrate of Barrackpore who directed the Inspector-in-Charge of Airport Police Station on April 1, 2017 to treat the complaint as an FIR and file a compliance report within 24 hours.

According to Chowdhury’s counsel Phiroze Edulji, the FIR was finally lodged on April 11, 2017, nearly 10 days after the order was passed by the magistrate. However, the police didn’t bother to carry out any probe into the matter or examine the complainant or witnesses. This prompted Chowdhury to move the Calcutta High Court in 2017 itself. While proceedings were on at the High Court, the Airport Police Station submitted its final report to the magistrate.

Edulji submitted in the High Court that the investigating officer in this case has adopted a dilatory tactic to delay and frustrate the case of the complainant by not filing his report despite a direction by the magistrate. 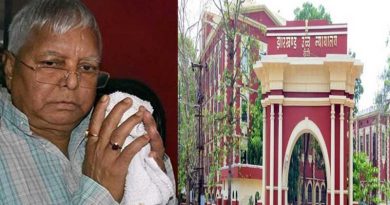