Kolkata, Dec 6 : The government of Bangladesh will continue to extend a helping hand to the family members of Indian soldiers martyred while liberating the country in 1971, Andalib Elias, Deputy High Commissioner of Bangladesh in Kolkata, said on Tuesday.

Elias was at Fort William, the headquarters of the Indian Army’s Eastern Command, for a curtain raiser for the upcoming Vijay Diwas celebrations.

Vijay Diwas is celebrated every year by the Indian Army to mark its decisive victory over Pakistan and the Liberation of Bangladesh in 1971.

“In September 2021, during her visit to Delhi, our Prime Minister Sheikh Hasina had handed over scholarships to the descendents of 100 Indian Army soldiers who laid down their lives in 1971 during our war of Independence. We shall continue with this effort.

“This doesn’t mean that they do not have enough or the Indian government isn’t doing anything for them. We are simply trying to offer our gratitude. They are the grandchildren of the Indian soldiers who laid down their lives for our sake. We shall continue this process of recognising the valiant men in the days to come,” Elias said.

Elias took charge in Kolkata recently and it was his maiden visit to Fort William. He recognised the fact that the younger generation in both countries need to be educated about the happenings in 1971 and how Bangladesh was born.

A Bangladeshi book fair is now on at College Street in Kolkata and Elias has ensured that there are sufficient collections available to attract youngsters. He has also instructed that musical events be organised in the evening for students of nearby colleges.

“We realise that the attention span of the present generation is less. To attract them, we have created some comic books on the Liberation War of Bangladesh that include the role played by the Indian ‘Mitra Bahini’. We plan to circulate these comic books widely among the children in India and Bangladesh. We also want greater participation from youngsters during the events being organised at the Deputy High Commission of Bangladesh in Kolkata from December 15,” Elias said.

The Eastern Command of the Indian Army will host 60 Bangladeshi ‘Mukti Joddhas’ and six serving military officers from the neighbouring country during Vijay Diwas celebrations in Kolkata this year.

Major General D.S. Kushwah from the Eastern Command said that the celebrations would include interactions between Mukti Joddhas and Indian Army veterans who served during the 1971 Indo-Pak war, among other events.

“I am an alumnus of the National Defence College in Mirpur, Bangladesh, and fondly remember my yearlong stay in the neighbouring country. We share deep bonds with Bangladesh. The Prime Ministers of the two countries are in extremely good terms and bilateral issues such as demarcation of maritime boundaries and land borders are resolved amicably,” Kushwah said.

Elias said how Bangladesh will always remain grateful to India for the support the latter provided during the country’s Liberation War.

“This is the month of victory for both our countries. Nowhere else in the world have two countries bonded together in this manner through blood and sweat. This golden tie between our two nations will continue. In 2021, both the Indian Prime Minister and the Indian President toured Bangladesh. It was the first time that both the Prime Minister and the President of India travelled to the same country in the same year. This is the level of friendship that we share,” he said. 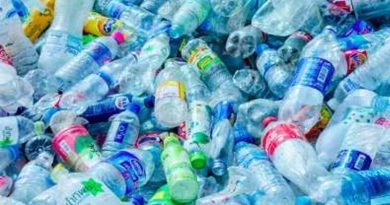