David Miller and Heinrich Klassen put on a 139-run century partnership to guide South Africa to respectable scores on a balanced track that helped both batsmen and bowlers.

Samson and Iyer laboured hard to take India to the target. The wicketkeeper batsman smashed a spunky 86 off 63 balls with 9 boundaries and 3 sixes, while Iyer scored 50 off 37 balls.

Shardul Thakur made a gutsy 33 runs off 31 balls with five boundaries but the top order failed to deliver which proved costly for India.

India started off poorly, rather slow. Openers Shikhar Dhawan (4) and Shubman Gill (3) were scalped cheaply in the first five overs.

Ruturaj and Ishan Kishan built up and put on a 69-ball 40-run partnership for the third wicket, but they walked back to the pavilion in quick succession in the 16th and 17th over. Rituraj scored 19 runs off 42 balls while KIshan scored 20 runs off 37 balls.

India scored just 76 runs for the loss of four wickets in the first 10 overs due to the struggling top-order batsmen.

Coming in to bat at number five, Iyer went about aggressively and hit three fours in Tabriz Shamsi’s 21st over.

Iyer and Samson kept India’s hopes alive with a 67-run partnership for the fifth wicket.

Iyer scored 50 off 37 balls with eight fours but was dismissed trying to increase the run rate.

Shardul and Samson put on a 93-run partnership to put the pressure on South Africa when India needed 131 from 13 overs, although India’s hopes were dashed by the fall of Shardul, who hit 33 off 31 balls with five fours.

When India needed 37 runs from the last two overs, the team added just seven runs in the 39th over of the innings and lost the wicket of Avish Khan.

Despite Sanju Samson’s three fours and a six in the last over, India managed to reach 240 runs in 40 overs and the Proteas won the match by nine runs.

Earlier due to rain, the match was delayed by almost two hours and the number of overs was reduced to 40.

Mohammad Siraj opened the bowling attack with Avesh Khan and took full advantage of the moisture in the pitch, not allowing South African openers Janiman Malan and Quinton de Kock to play freely.

South Africa scored just 26 runs in the first ten overs, although they did not lose a wicket during that time.

Shardul gave India their first wicket in the 13th over and Janneman Malan (22) caught Shreyas Iyer at mid-wicket and returned to the pavilion.

Shardul (35/2) picked up his second wicket of the match to dismiss South African captain Temba Bawama, while Kuldeep Yadav sent new batsman Aiden Markram back for a wicket in his first over.

Ravi Bishnoi dismissed de Kock (48) for the first wicket of his ODI career.

After South Africa’s four batsmen returned to the pavilion for 110 runs, Miller and Klaasen took the lead and increased the pace of the innings. The duo put on a 139-run partnership for the fifth wicket in 17.4 overs as South Africa posted 249 for four in 40 overs.

One of the reasons why the visiting team reached such a big score was poor fielding which not only gave Miller three lives in the death overs but also cost a lot of runs.

In the 37th over of the innings, Rituraj Gaikwad dropped Miller’s catch off Mohammad Siraj, while in the very next over, Siraj and Bishnoi dropped easy catches off two consecutive balls from Avish Khan.

National : Had Ahoms succumbed to Mughals, Southeast Asia’s unique culture would have been lost: Assam CM 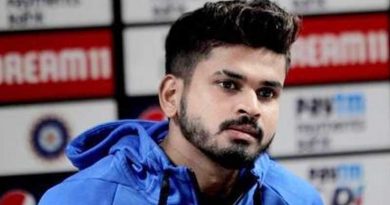