#item_description], The UN chief urged countries to make sure they invest the funds necessary to prevent and manage disasters, in a solemn message of remembrance on Wednesday for the 18,400 people who died or are unaccounted for, due to the earthquake and tsunami that struck Japan exactly ten years ago.

Known officially as the Great East Japan Earthquake and Tsunami, António Guterres expressed his condolences, “to those who continue to grieve the loss of loved ones.

In 2 days we mark the 10th anniversary of the Great East Japan Earthquake and Tsunami, Over 18,400 people are dead or missing. This #tsunami evacuation tower in Sendai is a sign of how #Japan has built back better. The evacuation exercise took place before the #COVID19 pandemic. pic.twitter.com/ZmDcMTVpLE

“And I think of those who remain displaced, unable to return to their homes because of safety concerns surrounding the destroyed Fukushima Daiichi nuclear power plant”, added the Secretary-General.

He welcomed the findings of a UN report published on Tuesday, from the UN Scientific Committee on the Effects of Atomic Radiation (UNSCEAR), which concluded that no adverse health affects among residents of Fukushima had been found that could be directly attributed to radiation exposure.

Mr. Guterres noted that Japan was “leading the world when it comes to disaster prevention” saying the country has invested heavily in building back safer in the past decade.

He described the Sendai Framework for Disaster Risk Reduction, adopted six years ago, as a “global blueprint for a safer world”, and argued that to prevent and manage disasters more effectively, “countries need to plan, invest, give early warnings and provide education on what to do.

‘Never been so important’

In comments to mark the 10th anniversary, Ms. Mizutori told journalists in Geneva that the disaster had taught harsh lessons about how to manage disaster risk.

The devastating surge on the northeastern coast of the island of Honshu, led to the Fukushima nuclear disaster.

In the last century, tsunamis have claimed more than a quarter of a million lives, killing on average, around 4,600 per event, over the course of  58 recorded instances, according to UN figures. 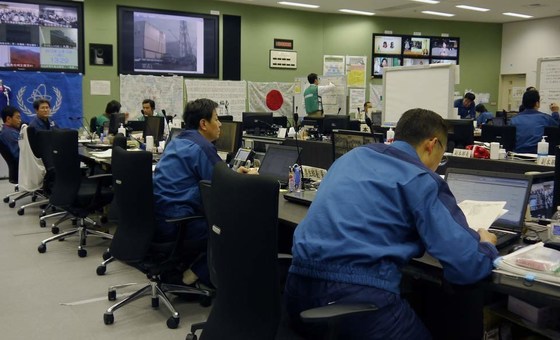 But Ms. Mizutori warned that “disasters that are becoming much more rampant are all those related to climate emergency. And the number of climate emergency disasters have doubled during the past 20 years compared to the previous 20 years.”

UNESCO‘s Intergovernmental Oceanographic Commission (IOC) is “embarking on the very important developments in the tsunami warnings systems under a new campaign of the United Nations,” said Dr. Vladimir Ryabinin, Executive Secretary of the IOC-UNESCO.

Recently, the IOC carried out a tsunami-preparedness exercise with the countries bordering the northeast Atlantic, the Mediterranean and adjacent seas, to assess tsunami preparedness and coordination between communities and authorities. A similar exercise is planned for 12 March in the Caribbean.

“We hope very much that by the end of this decade 2030 we will have all tsunami- prone communities; tsunami-ready communities”, Dr. Ryabinin said. “They will know what is to be done, they will be equipped with the means to escape from tsunami and when (a) tsunami strikes, they will evacuate and save their lives.”

It was equally important for people to understand the role of science; to be ocean literate, climate literate and disaster risk reduction literate, the IOC spokesperson maintained.

Surviving a deadly outbreak of COVID-19 in a Lesotho convent

Millions of children in crisis hotspots ‘on the brink of famine’, warns UNICEF

Business Economy : Indian billionaires up from 102 to 142

Omicron has not yet peaked: US Surgeon General

Bihar to grow apples in 7 districts on a trial basis, project launch on Jan 19

Delhi’s first electric bus to be flagged off