Gandhinagar, Sep 16 : Senior officials of the Election Commission (EC) will be on a two-day visit to Gujarat from Saturday in view of the state assembly elections to be held in December.

Officials from the Chief Electoral Officer told IANS that senior officers will arrive on Saturday and will meet district collectors and police officers to review and discuss preparations for the polls.

Sensitive booths, police deployment and requirement of additional force to maintain law and order during elections are the other issues that would be discussed during the visit.

The state government on Friday transferred Gandhinagar district collector Kuldeep Arya and appointed him as Additional Chief Electoral Officer of the state.

The assembly elections on 182 seats are scheduled for December.

In 2017, there were 4.35 crore registered voters, out of which three crore voters had exercised their franchise. 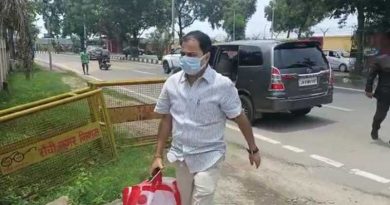 Politics : Only 9% women candidates in fray in Gujarat polls