New Delhi, Oct 27 : The Election Commission of India (ECI) has asked Samajwadi Party President Akhilesh Yadav to submit documentary proof to substantiate his allegation that the poll panel had deliberately deleted the names of around 20,000 voters belonging to the Yadav and Muslim communities from the electoral rolls in almost all the 403 Assembly constituencies of Uttar Pradesh at the behest of the BJP and its aides.

Stating that the law doesn’t provide for electoral roll based on caste or religion, the poll panel noted that the Representation of People Act, 1950 and the Representation of People Act, 1951 envisage various provisions aimed at ensuring purity of electoral registration, revision and final roll and provisions for penalties and criminal liabilities for undue interference, including false declaration knowingly and promoting enmity between classes.

Sources said that since Yadav’s statement regarding alleged mass deletion of names, that too of a particular group of voters, is extremely serious and has far-reaching implications on the integrity of the poll process, the EC has asked the Samajwadi Party leader to submit documentary proof based on which he levelled the allegation.

Taking due cognisance of the statement reportedly made by Yadav while addressing the media recently and considering his stature as a seasoned politician and an ex-Chief Minister of Uttar Pradesh, the EC has asked Yadav to furnish details to the Commission by November 10, so that necessary action can be taken, said sources in the poll panel.

As per EC sources, Yadav has been asked to submit Assembly-wise data of deletion of names, including names and numbers of alleged wrongful deletions, supporting evidence or documents of such electors whose names have allegedly been deleted.

The SP leader has also been asked to submit details of any specific complaint of deletion of voters’ names lodged by his party with either a DEO or a CEO, the sources said. 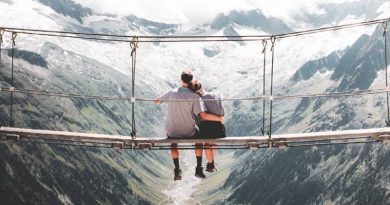 RBI Nov 3 meeting only a part of regulatory obligation : Ghosh