Los Angeles, Sep 13 : Lee Jung-jae became the first Asian actor ever to win an Emmy award for Best Actor in a Drama as he took home this year’s Emmys for his performance in “Squid Game”.

“Thank you to the Television Academy, thank you to Netflix and thank you to the director for making realistic problems we all face come to life so creatively on the screen with a great script. Thank you, ‘Squid Game’ team. Thank you to everyone watching in Korea,” he said after accepting his award before switching to Korean.

He was only the fourth Asian actor ever to win in any of the Emmy performance categories, and the first to win the drama award for a non-English speaking role, the variety.com reported.

At the ceremony at the Microsoft Theater in Los Angeles on Monday, Lee was named Outstanding Lead Actor In a Drama Series beating a tough slate of competitors including Bob Odenkirk of “Better Call Saul”, Jason Bateman of “Ozark”, Adam Scott of “Severance”, and Succession’s Brian Cox and Jeremy Strong.

The series premiered on the streaming service last September. Upon a successful showing, the South Korean drama was renewed for Season 2 in June. This is the “Hunt” director’s first Emmy nomination.

He was up against Mark Mylod, Cathy Yan and Lorene Scafaria of “Succession,” Ben Stiller of “Severance,” Jason Bateman of “Ozark,” and Karyn Kusama of “Yellowjackets”. 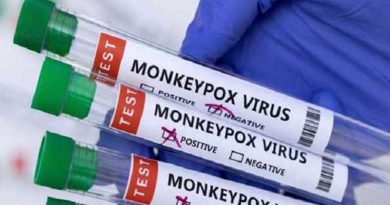 ‘We want all of this to end’: Putin to Modi on Ukraine conflict

Rs 300cr released to Bengaluru to deal with rain damages

International : US warns Taiwanese may face similar fate as persecuted Uyghurs in China