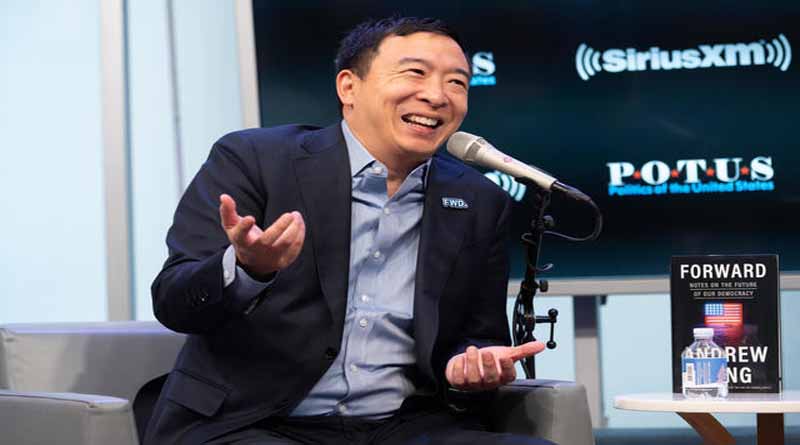 Washington, Aug 1 : Former Democrat and US presidential candidate Andrew Yang has launched his centrist ‘Forward Party’, and asserted it will be the biggest one outside of the long-dominant Democrat and Republican behemoths.

Yang, an entrepreneur who experienced a surprise surge in popularity during his bid to become the Democratic candidate in the 2020 US presidential election, has announced the launch of the new third party.

Yang said the new Forward Party, which has been formed with Republicans, Democrats and independents, will be the largest in terms of resources in the US outside of the goliaths. The new party will begin a national building tour in the fall (autumn), he said.

“It’s time to deliver the new approach to party politics millions of Americans have been waiting for—Forward! Let’s go!,” Yang, who also unsuccessfully ran to be New York City mayor in 2021, wrote in a blog post on Wednesday.

Forward, which aims to be on the ballot in 15 states by the end of the year and all 50 by 2024, is the result of the merger of several smaller organisations. Those include an earlier version of the party created by Yang after he left the Democratic Party last year, the Al Jazeera report said.

‘DID Super Moms’ judges spill beans on their wedding secrets