New Delhi, Sep 15 : The 25th edition of the coveted FMSCI National Racing Championship will commence this weekend with the first round scheduled from September 17-18 at the Kari Motor Speedway in Coimbatore.

The category will see a grid of siz teams fielding 25 seasoned race drivers from across cities namely Patiala, Nellore, Dehradun, Panchkula, Kottyam, Vadodara. Seasoned drivers Arya Singh from Dark Don Racing, Amir Sayed, and Diljith T S from Ahura Racing, Ruhaan Alva, and Mira Erda from MSport are among the few who will be seen fighting for the LGB Formula 4 title.

Further, giving the young talent the platform to step into the world of racing is the JK Tyre Novice Cup will feature 20 newcomers in a grid of 31 cars who will fight for the title.

As the name suggests, this category caters to newcomers and young enthusiasts from the field of racing. Last edition’s podium finishers Chennai lad Aadithya Parasuram, Chetan Surineni from Bangalore will feature again this time.

As many as 25 riders will also be seen competing in the JK Tyre presents Royal Enfield Continental GT Cup. This year, the format of the championship has been changed to a Pro-Am Series with 10 professional and 15 amateur riders competing together on the same grid.

With its new Pro-Am series format, the upcoming edition of India’s only retro-racing championship promises to be faster and fiercer, showcasing every nuance of racecraft.

Anish Damodara Shetty of Hubli, who clinched the debut Championship title in the Royal Enfield Continental GT Cup in last edition, will be defending his title this time, while last edition’s podium finisher Meka Vidhuraj, and Allwin Xavier, Anfal Akhdhar will give him a tough fight among the other contenders.

Apart from the three usual categories, is the introduction of JK Tyre Presents Endurance League Cup 2022 Powered by United CRA. Endurance race, as the name goes, test the durability and the endurance capacity of both the man and machine.

Based on the international format of non-stop racing, the category will feature 250 cc race bikes wherein 20 teams of three drivers each will race non-stop for 60 minutes with two driver changes in their fight for the debut title. 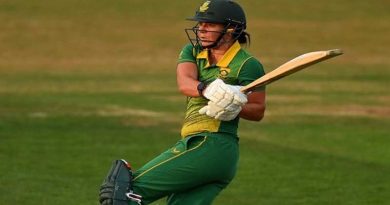