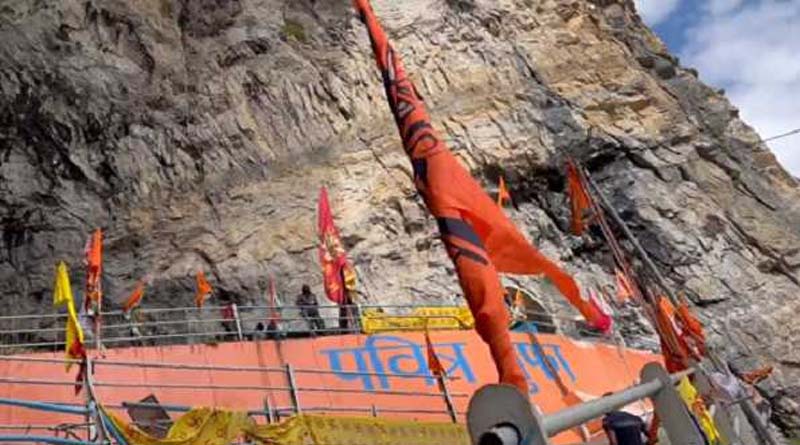 Srinagar, Aug 4 : Fresh batches of more than 550 pilgrims proceeded through the twin routes of Pahalgam and Baltal to Amarnath on Thursday to pay obeisance at the Holy Cave Shrine, officials said.

New batches of devotees were allowed to proceed from the traditional Nunwan Pahalgam base camp in south Kashmir and shortest Baltal via Dumail in Ganderbal district on Thursday amid pleasant weather conditions.

As many as 247 pilgrims including 31 women and 1 child proceeded from Baltal on foot and on ponies via Domail to cave shrine of Amarnath to pay obeisance earlier in the day.

As many as 147 pilgrims were also airlifted by chopper from Baltal for paying their obeisance there till 10 am on Thursday.

More than 300 pilgrims also proceed from the traditional Nunwan base camp in Pahalgam and at halting points of Chandanwari and Panjtarni in south Kashmir on the day.

Kashmir Weather, an independent observatory mostly dry weather will remain dry and there is a possibility of a short shower towards afternoon/evening.