Hyderabad, Aug 26 : Friday prayers passed off peacefully at historic Mecca Masjid and other mosques in the old city amid tight security.

Worshippers dispersed peacefully after prayers at Mecca Masjid while police personnel in riot gear stood guard at nearby Charminar to deal with any protest.

Some youth raised slogans while heading towards Charminar but the police and community elders advised them to exercise restraint and return home peacefully.

Following appeals by AIMIM president and Hyderabad MP Asaduddin Owaisi and other Muslim leaders to Muslims to offer prayers in mosques near their homes, the number of worshippers at Mecca Masjid came down this Friday.

Elaborate security arrangements were made around Charminar to prevent any untoward incident. Barricades were erected around the historic monument to regulate people’s movement.

Police had made it clear that there is no permission for protests and rallies. Deputy Commissioner of Police (South Zone) Sai Chaitanya supervised the security arrangements at Charminar.

Over 4,000 policemen, including personnel of Rapid Action Force (RAF), were deployed in the communally-sensitive old city to ensure law and order in view of the possibility of protests over suspended BJP MLA Raja Singh’s derogatory comments about Prophet Mohammad.

However, the arrest of Raja Singh a day before Friday congregations defused the situation. The MLA was arrested under the Preventive Detention Act and sent to jail.

Some worshippers thanked the state government for acting tough against the MLA for his derogatory video.

Raja Singh had posted the video on a YouTube channel on Monday triggering massive protests. He was arrested the next day but a city court granted him bail. With angry protests continuing in parts of the city, the police again arrested the MLA on Thursday and this time, they invoked the Preventive Detention Act against him and sent him to jail.

With supporters of Raja Singh staging protests against his arrest in some areas in his Goshamahal constituency, police stepped up the security to prevent any untoward incident. 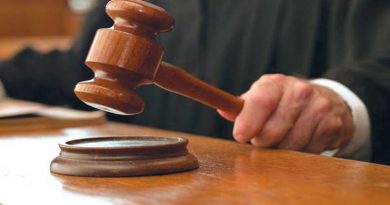