New Delhi, Sep 27 : Dreams do come true when you are focused on what you want to achieve. Dhruv Kapila, the rising badminton doubles star keeps proving that time again after winning the International tournament at home with his partner Arjun MR.

The 22-year-old along with his partner Arjun won the India Maharashtra International challenge last week.

Dhruv and Arjun’s quarterfinal finish at the BWF World Championships 2022 could well be a sign of bigger things to come.

The Indian pair stumped eighth seed Danes Kim Astrup and Anders Skaarup Rasmussen in straight games in the second round – their first win over a top 10 pair. Victory over Singapore’s Terry Hee/Loh Kean Hean saw them through to the quarterfinals – the furthest they’ve gone at a major event.

The pair, who was also a part of the Indian squad that scripted history by winning the first ever Thomas Cup, had strong backing from their mentors, who motivated them to push the limit and gave them the boost to achieve this feat.

“We had plans from the beginning of the tournament. Gopi sir and Mathias had told us that we have to win the tournament to show that we are on a higher level. And we did prove that. The final was a difficult match against Thailand’s pair.

“They played some great matches earlier this year and were consistent even during the tournament. But we took that challenge and we prepared well. We knew they would hesitate in the crucial moment and we took advantage of that.”

Speaking about the tournament, he said: “From the beginning of the tournament we had good matches. We played well against the Malaysian pair and then in the quarterfinals we beat the Thai pair.

“With the Malaysian pair the match was difficult as we knew that they were really strong and had played some good badminton, but we were ready for it. We won 21-15 and 23-21 against them and with the Thailand pair it was a comfortable game win with a score of 21-14 21-12.”

Dhruv hogged the limelight after his stellar performance at the 2019 South Asian Games by bagging 3 gold medals in Men’s doubles, Mixed Doubles and Men’s team.

He is motivated to carry on this momentum as the pair head to Europe to compete in the Denmark Open and French Open next month. 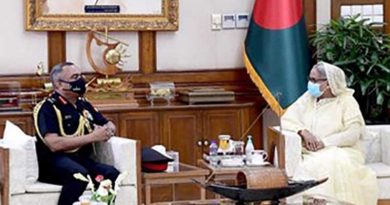