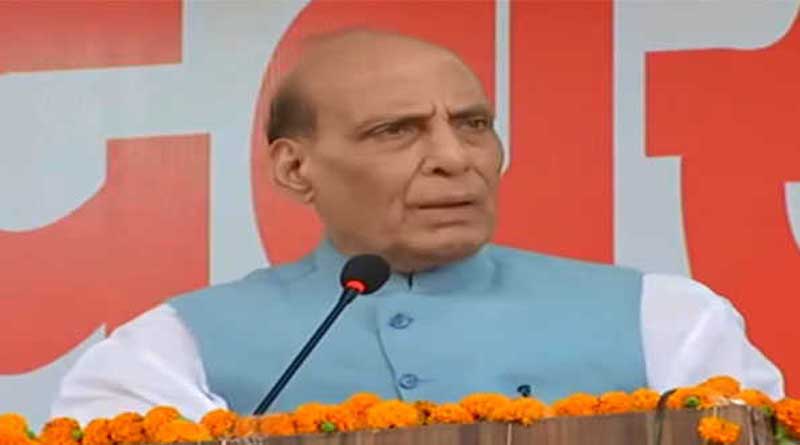 “The judiciary is a strong pillar of democracy, and judicial officers, and lawyers are in turn pillars of this judicial system. People knock at the doors of the judiciary when all other options were closed to them and sound judiciary delivery systems were the basis for suraaj or good governance,” he said.

Rajnath Singh added that domain-specific Tribunals were set up to deal with diverse cases and clear pending cases. He stressed that litigants have trust in our judiciary and whatever measures required were being implemented, such as filling up of vacancies in the Tribunals, to expedite the justice delivery process.

He also assured the gathering that the government would consider suggestions that would emerge from the seminar to fulfill the aspirations of ex-Servicemen, and serving personnel for the speedy delivery of justice.

He also called for a balance between ‘justice delayed is justice denied’ and ‘Justice hurried is justice buried’ to lessen the burden of pendency on the judicial system in general and the Armed Forces Tribunal in particular as the timely delivery of justice will not only reduce the burden on Armed Forces Tribunal but will also reinforce the confidence of our soldiers in the system.

He informed the gathering that in India Armed Forces Tribunal has both Original and Appellate Jurisdiction whereas even today in some developed countries such as USA and UK they only have appellate jurisdiction.

It is very significant as the Armed Forces Tribunal is an important forum for redressal of grievances of Armed Forces personnel, Ex-servicemen, and their families, he said.

Minister of Law and Justice Kiren Rijiju also spoke in the seminar stressing that the government was working to reduce the pendency of the cases.

He stated that tribunals like Armed Forces Tribunal were playing a crucial role in reducing the pendency.

Politics : With BJP set on Mission 80 in UP, many senior MPs may be retired