Ahmedabad, Aug 22 : The Gujarat unit of Congress on Monday demanded the resignation of Minister of State for Home Harsh Sanghvi on moral grounds over the state emerging as a “hub of drugs”.

AICC’s social media and digital platform wing chairperson Supriya Shrinate, while addressing a press conference, said: “In the last five years drugs worth Rs 2.50 lakh crore have been seized from Gujarat as big ports have become landing points.” She questioned why the port owners are not being questioned?

She has further alleged that in just two to three months, the state police have seized drugs being manufactured in four industrial units. Since drugs worth thousands of crores of rupees have been seized in the state, it is the moral duty of the Minister of State Harsh Sanghvi to step down from his post. If he refuses, the Chief Minister should sack him. But instead of taking action, the Chief Minister has rewarded him with an additional portfolio.

The Congress has launched a campaign “Reject Drugs, Reject BJP”, and shared a toll free number (18001207840) to enable the public to inform about drug movement to the party. 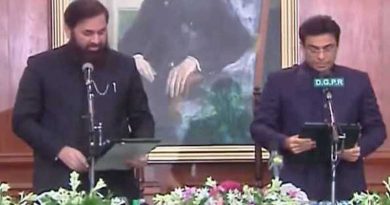 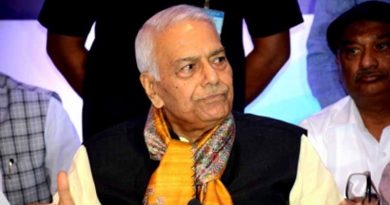 Modi’s ‘rebuke’ of Putin heard in US

Imran claims resentment within Pakistan army on the rise