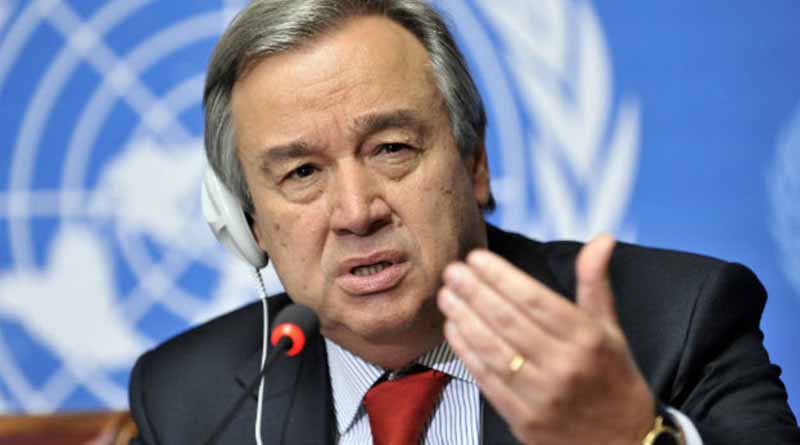 In Kasindi, North Kivu province in the northeastern DRC, military personnel of the UN Organization Stabilization Mission in the DRC (MONUSCO) opened fire at residents on Sunday.

In addition to the two deaths, 15 others were injured in the deadly incident, said the Congolese government, which strongly condemned the shooting.

“The secretary-general is both saddened and dismayed by the loss of life and serious injuries sustained during this incident,” Guterres’ deputy spokesman Farhan Haq said in a statement.

Guterres conveyed his deepest condolences to the victims’ families, the Congolese people and the Congolese government and wished the injured a speedy recovery.

He emphasized the need to “establish accountability for these events”.

The UN has established contact with the peacekeepers’ country of origin, with the aim of “urgently initiating judicial proceedings with the participation of victims and witnesses so that appropriate sanctions can be handed down”, the statement said.

In a communique, the Special Representative of the United Nations Secretary-General in the DRC and head of MONUSCO Bintou Keita said that some soldiers of the Intervention Brigade of the MONUSCO force opened fire at the border post for “unexplained reasons”.

Describing the soldiers’ behavior as “unspeakable and irresponsible,” the MONUSCO chief said that perpetrators were identified and arrested — pending the conclusions of an investigation that has already started in collaboration with the Congolese authorities.

National : 22 officers of different cadres get posting in J&K as DoPT relaxes rules

Railways registers growth of 76 per cent in passenger segment