Allowing a petition moved by Adani Vizhinjam Port Pvt Ltd and its contracting company, Howe Engineering Construction, Justice Anu Sivaraman said the agitators have the right to protest but they have no right to obstruct or cause damage to the project site.

Directing the government to ensure necessary police protection to the workers of the petitioners, the court observed that the project had all legal permissions.

Directing the government to ensure that the law and order situation was maintained at the construction site, the court said free movements of construction workers to the project site should not be obstructed.

Earlier, Kerala Chief Minister Pinarayi Vijayan told the Assembly that no one will lose their shelter and livelihood in Vizhinjam in connection with the construction activities of the port.

Stating that government had a clear vision about big projects, he said the constitution of the seaport cannot be dropped due to agitation of a section of people.

Following the agitation led by Latin Catholic Church, the construction activities of the Vizhinjam port were temporarily stopped by the Adani Group. 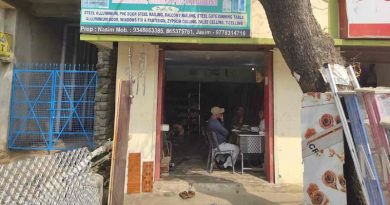