Mumbai, Jan 10 : The Bombay High Court on Tuesday granted the Central Bureau of Investigation 3 days time till Friday to file its reply in a plea filed by Videocon Group Chairman Venugopal N. Dhoot seeking to quash the FIR against him in the ICICI-Videocon case.

A division bench of Justice Revati Mohite-Dere and Justice Prithviraj K. Chavan has now posted the matter for further hearing on Friday.

The CBI’s lawyer Kuldeep Patil had earlier sought at least a week’s time to file its reply.

In his plea, Dhoot, 71, who was arrested on December 26, 2022, has sought bail on the grounds that his arrest without a warrant was arbitrary, illegal and grossly flouting the CrPC’s Sections 41 and 41A.

His lawyer Sandeep Ladda informed the court that Dhoot is a senior citizen suffering serious ailments including major heart blockage needing urgent treatment, and has undergone multiple surgeries and hospitalisation in the past seven years.

Moreover, Dhoot had cooperated with the CBI probe and appeared before the agency on his own, the CBI failed to prove his non-cooperation as a ground for the arrest and he was nabbed carelessly and mechanically without necessary cause or reasons.

Ladda added that Dhoot was nabbed in a connected case of money-laundering in which he was already granted bail by the Bombay High Court after observing that there were reasonable grounds to believe he was not guilty of the alleged offences.

Accordingly, Dhoot – a co-accused along with Chanda Kochhar and Deepak Kochhar in the ICICI Bank-Videocon Group fraud case – termed his arrest as illegal and sought to be released on bail.

Incidentally, Chanda Kochhar, the former MD of ICICI Bank and her businessman husband Deepak Kochhar were granted bail on Monday after the high court termed their arrest as flouting the laws. 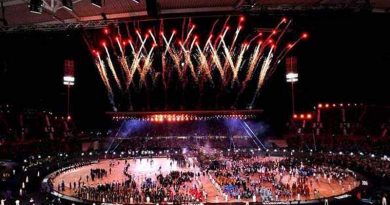 ‘I am sorry’, CJI Ramana on not giving much attention to issues with listing of cases