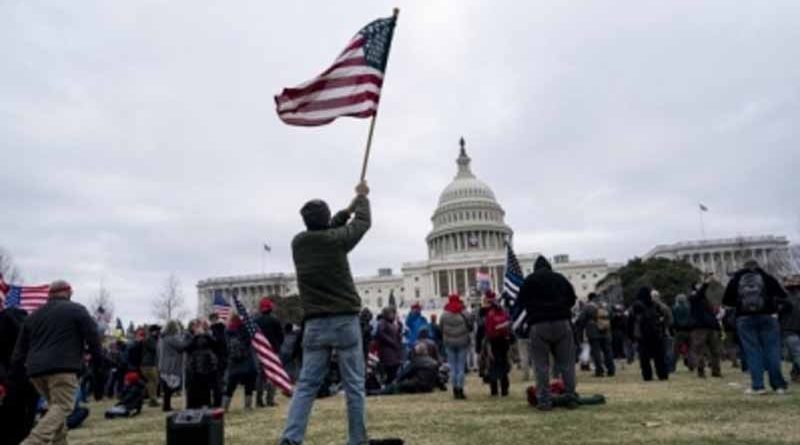 New York, July 21 : The Congressional committee investigating the January 6, 2021 Capitol Hill insurrection could wrap up on Thursday in its eighth hearing with the depositions of former press aide Sarah Mathews and Deputy National Security Advisor Mathew Pottinger — both of whom resigned from the former US President Donald Trump’s administration soon after the mob attack.

Thursday’s hearing, the committee’s eighth over the past two months, is a possible wrap-up for the January 6 panel, which has put Trump front and center at every hearing. But it could still be not the final hearing of the investigation.

Democrat Bennie Thompson is expected to chair the session, although remotely and virtually, though having tested positive for Covid-19 and is isolating himself from others.

After Thompson’s positive test was announced, his office made clear that the hearing would still go forward even if the Mississippi Democrat was unable to attend in person, though it was unclear whether the chairman would play any role. Aides said on Wednesday that Thompson is “feeling OK” and will still chair the hearing virtually.

Democratic Rep. Elaine Luria of Virginia and GOP Rep. Adam Kinzinger of Illinois will lead Thursday’s presentation, according to committee aides. “We’ll go through pretty much minute by minute during that time frame” of the 187 minutes of the Capitol insurrection, Luria had said Sunday on CNN’s “State of the Union”.

“He was doing nothing to actually stop the riot,” she added.

The panel’s Republican vice chairwoman, Rep. Liz Cheney of Wyoming, will also play a role as she has in each of the seven previous hearings.

This could be the final hearing of this series but possibly not the last. Committee aides declined to say what next after Thursday’s presentation but left the door open to that possibility, according to CNN.

The panel has used those around Trump repeatedly to show how he was told he lost the election but refused to listen, and how he played a key role in the multiple efforts to try to overturn the election leading up to January 6.

On Thursday, testimony from those same aides is likely to show how Trump was urged to stop the violence but did not do so.

The committee has already played testimony from Pat Cipollone’s video deposition in which the former White House counsel said he urged and pushed Trump to release a statement asking people to leave the Capitol.

“I felt it was my obligation to continue to push for that and others felt it was their obligation as well,” the former White House counsel had responded.

The House is also expected to show clips of video out-takes of Trump recording a message to his supporters after the riot.

The two former White House aides who quit after January 6 — former deputy national security adviser Matthew Pottinger and former deputy press secretary Sarah Matthews — will testify at today’s hearing later in the run up to what is expected to be the 8th hearing, but not possibly the final one yet.

They are expected to recant in detail what happened that day — virtually corroborating what star witnesses had said earlier.