Aurangabad, Maharashtra, July 30 : The Irrigation Department on Saturday morning decreased the discharge of the flood water from Jayakwadi dam in view of slow inflow from upstream dams across from Nashik and Ahmednagar district.

According to the irrigation department sources, Saturday is the sixth consecutive day of the release of excess water into the downstream of river basin, which was already fill up to 90.13 percent with a height of 1520.15 feet.

According to the authorities the inflow is being increased and decreased from time to time from the dam.

On Tuesday 0600 hours 18 gates of the dam up to half feet high were opened in upstream basin of the river.

At present 14,497 cuses of water per second is being allowed to flow into the dam and 10,032 cuses per second of water is being discharged downstream.

Due to the discharge of flooded water in to river basin water has entered several river side villages in Jalna, Beed, Parbhani and Nanded districts of region.

Administrations have issued alerts to the residents of the villages nearby the river not to venture around the bay of river. 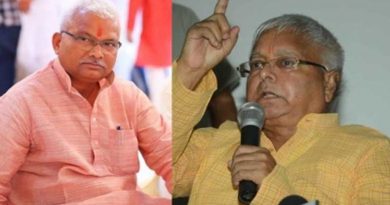