Patna, Aug 30 : Although a work of fiction, the recently released Season 2 of the OTT series ‘Maharani 2’ draws details of its riveting storyline from Bihar politics as it plays out on the ground.

One such instance of reality bleeding into fiction is a rape sequence in the first episode titled ‘Jungle Raj’, harking back to the term that was popularly used to describe the crumbling state of law and order in Bihar under Lalu Prasad Yadav.

The rape of Shilpa Agrawal, played by actress Anushka Kaushik, in the web series is clearly inspired by the 1999 Shilpi Gautam murder case, which is remembered for being botched up by both the Patna police and the CBI, and for the alleged involvement of a prominent ruling party (Rashtriya Janata Dal – RJD) MLA.

‘Maharani 2’, incidentally, takes into account the socio-political developments of the 1990s to tell the story of the fictional character of Rani Bharti, Bihar’s Chief Minister, partly inspired by Rabri Devi, who served three terms as the state’s chief minister from 1997 to 2005.

The show’s creator Subhash Kapoor (who has also directed ‘Phas Gaye Re Obama’ and ‘Jolly LLB’), being a former political journalist, helps the series weave the fabric of fiction that is soaked in the dye of reality.

The mysterious death of Shilpi-Gautam in 1999 had created a political storm in Bihar and then the Rabri Devi government came under huge criticism as one of its MLAs was allegedly involved in it.

That case was also known for the messy investigation by the Patna police and the CBI in an alleged bid to save a Baahubali MLA who was influential in the Rabri Devi government.

The ‘Maharani 2’ episode presents the rape of Shilpa Agrawal by the MLA, Dulari Yadav, who goes on to murder her and then refuses to submit his semen samples to the cops to stop them establishing the rape.

Back in 1999, the political storm kicked-off after the supporters of the MLA reached the Bungalow before Patna police, opened the garage where the car was parked and the supporters destroyed the evidence by touching the dead bodies and the car.

During the investigations, the Patna police found multiple fingerprints from the car and the dead bodies. The Patna police, after seizing the car, drove it to the Gandhi Maidan police station without conducting any forensic investigation at the crime scene. In cases such as this one, police generally tow the car instead to keep fingerprints and forensic evidence intact.

Patna police was under huge pressure of ruling party, it declared the mysterious death as suicide. Moreover, they cremated the dead body of Gautam Singh without the arrival of his father B.N. Singh, who was a leader of the ruling RJD.

Patna police failed to give an appropriate answer to her family. There were several loopholes in the investigation including how they reached the garage of Bungalow No. 12, which belonged to an MLA of the ruling party.

Semen traces were also found on the shirts of Shilpi, but these were not matched with her vaginal swabs to establish rape. In its investigation, Patna police said that they died due to carbon monoxide generated inside the car as it was locked.

This conclusion was proven wrong when Shilpi’s viscera report was presented. It clearly pointed out that the death happened due to a lethal poisonous substance.

Sources have said that the Shilpi Jain on July 2, 1999 was on the way to her coaching class in a cycle rickshaw. She was intercepted by a known person and then she went inside a car.

That car was taken to a circuit house in Phulwari Sharif locality in Patna where she was sexually assaulted. Gautam Singh, who had reportedly introduced Shilpi with that MLA, suspected something fishy and he also went to the circuit house. As this theory did not come into police investigation probably due to pressure applied by the then ruling party.

Since, the allegation levelled on the MLA of the ruling party and several loopholes in the investigation, Bihar government which was facing huge criticism, transferred the case to CBI in September 1999.

When CBI started the investigation, its officials demanded the semen and blood samples of that alleged MLA which he refused. Moreover, CBI also declared this case as suicide and the traces of semen found on the body and shirt of Shilpi was declared as swats.

Though the DNA and medical test of Shilpi Jain confirms that she was gang raped by more than one person.

When the government changed in 2005 and Nitish Kumar became the chief minister of Bihar, Shilpi’s brother tried to open the case again but he was kidnapped by the unknown persons. Following that incident, no one raised this case and it became a mystery forever from a technical point of view.

This case recently came into the limelight again during the marriage of Bihar’s Deputy Chief Minister Tejashwi Yadav when his uncle Anirudh Prasad Yadav, alias Sadhu Yadav, said that Tejashwi had brought a bad name to his family by marrying outside his caste.

Following his statement, Tej Pratap Yadav, Lalu Prasad Yadav’s elder son, alleged in a video statement that Sadhu Yadav was involved in the rape and murder of Shilpi and Gautam.

Because of Sadhu Yadav, Tej Pratap alleged, the then Rabri Devi government faced flak and the opposition parties accused it of unleashing a ‘Jungle Raj’.

Sadhu Yadav, however, has vehemently denied Tej Pratap’s charges and counter-alleged that the Deputy Chief Minister’s brother was involved in a number of cases. 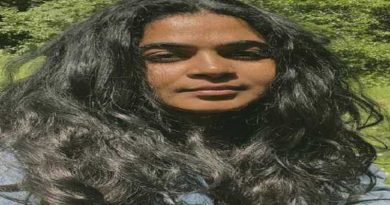