Vadodara, Sep 20 : Aam Aadmi Party convener and Delhi Chief Minister Arvind Kejriwal has claimed that the BJP has become frightened by the growing AAP influence in Gujarat, especially in the urban areas, which is why it is sending people to protest against him. He said, “I am aware that with elections approaching closer and closer, such protests against me and AAP are going to increase.”

Kejriwal was referring to the protest at Vadodara airport on Tuesday, when a group of forty to fifty persons chanted pro-Modi slogan, “Modi Zindabad” on his arrival.

According to him, this is the BJP’s reaction to the AAP’s rising influence in the urban areas. He said, “Till the last elections, in political circles it was said that 66 urban seats are forts of BJP, no one can make inroads, but with AAP’s entry in the state and its spreading influence in urban areas, the BJP fort is in trouble.”

Commenting on bureaucrats writing letters to the CEC requesting it to derecognise the AAP, Kejriwal said, “If these bureaucrats were serious they would have written letters for agitating government employees demanding restoration of the old pension scheme, or for retired army jawans or paramilitary jawans and fight for them.”

Kejriwal feels that the BJP and the Congress have only one political opponent and that is the AAP and so both are targeting the AAP in the same language. After Congress leader Rahul Gandhi, Kejriwal has promised the state government employees that if the AAP comes to power his government will restore the old pension scheme. 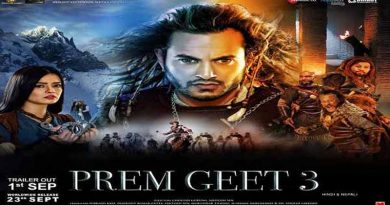 Politics : Chandrababu, Pawan Kalyan decide to work together to ‘save democracy’

Ebola deaths in Uganda rise to 17