London, Sep 9 : In the UK and its capital Friday will be packed with official, semi-official, and impromptu events marking Queen Elizabeth II’s death.

According to the Guardian report here is what can be expected.

King Charles and Camilla, now the queen consort, who stayed at Balmoral on Thursday night, will travel to London on Friday where the new king will have an audience with the new prime minister, Liz Truss.

The King will likely meet the Earl Marshal (the Duke of Norfolk) who is in charge of the accession and the Queen’s funeral, to approve the carefully choreographed schedule for the coming days.

The government will confirm the length of national mourning, which is likely to be around 12 days, the PA news agency reports, from now up to the day after the Queen’s funeral.

The public has already begun to gather in large crowds and leave flowers outside Buckingham Palalce and other royal buildings, the Guardian reported.

Ministers will also announce that the funeral day will be a public holiday, it said.

The King will decide on the length of court or royal mourning for members of the royal family and royal households. It is expected to last a month, the Guardian said.

The Union Flag on royal buildings were flying at half-mast since the monarch’s passing away was announced.

Bells will toll at Westminster Abbey, St Paul’s Cathedral and Windsor Castle. All churches are being urged to toll their bells across England at noon.

A gun salute of 96 rounds – one round for every year of the Queen’s life – will be fired in Hyde Park and at other stations, the Guardian said.

The King will make a televised address to the nation.

The pre-recorded address will be aired early evening. He will pay tribute to the Queen and pledge his duty to his service as the new sovereign.

The official website of the royal family has been updated following the death of the Queen, with Charles now listed as His Majesty The King.

Charles automatically succeeded his mother as the nation’s monarch upon her passing, but he will not be formally proclaimed King until an accession council is held at St James’s Palace in London on Saturday, the report said. 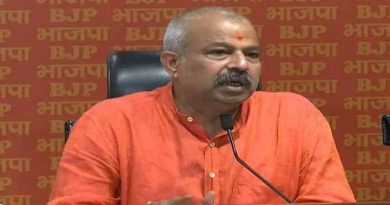