New Delhi, Aug 12 : Actress Shweta Basu Prasad who will be next seen in ‘Criminal Justice: Adhura Sach’, has revealed her process of preparation for the role.

The actress described the way how she dives deep into the lives of her characters, during her acting process.

“I wrote a backstory for my character, Lekha, to develop a deeper understanding of her. It’s a practice I follow for all my characters, across projects. This is an important step towards shaping my performance as it is integral to know the person I am about to portray on screen.

“When working on their backstory, I consider factors like the way they grew up, their interpersonal relationships, their upbringing, favourites, dislikes. These collectively affect the character and help me fine-tune it before the camera,” she said in a statement.

The fan-favourite and critically acclaimed show is back with a twisted case at hand: the death of a popular child star Zara Ahuja, and the prime suspect of her murder – her own brother, Mukul Ahuja.

With wit and humour by his side, the uncanny lawyer Madhav Mishra, reprised by Pankaj Tripathi returns for the third installment of ‘Criminal Justice’ along with Shweta, Swastika Mukherjee, Purab Kohli, Aditya Gupta, Deshna Dugad and Gaurav Gera.

The most-awaited Rohan Sippy directorial, produced by Applause Entertainment in association with BBC Studios, will air on Disney+ Hotstar on August 26.

Everyone should know that they have a fighting chance to play in World cup: Sangakara 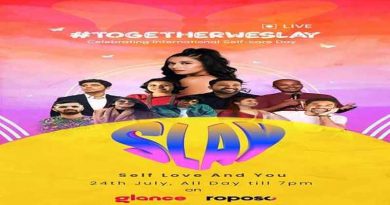