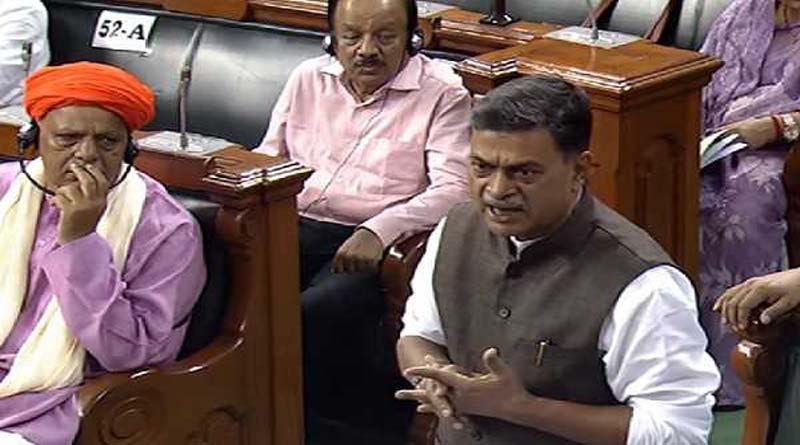 New Delhi, Aug 3 : The Energy Conservation (Amendment) Bill, which aims at promoting renewable energy and development of domestic Carbon market, and introduces the concept of Carbon trading, was introduced in the Lok Sabha on Wednesday.

The introduction of the Bill was opposed by Trinamool Congress MP Saugata Roy.

Power and Renewable Energy Minister RK Singh said with the Bill, the government is introducing a “Carbon market”. “It means whoever moves to green energy, Carbon credits can be bought from them, and financing green energy will be easier. Our Carbon dioxide emissions will go down.”

The statement of object and purpose of the Bill said the need to amend the Energy Conservation Act was felt in context of promoting green and renewable energy.

The Bill aims at achieving aims set at the COP-26 in Glasgow, to promote renewable energy and development of domestic Carbon market to battle climate change, introduction of the concept of Carbon trading and mandate use of non-fossil fuel sources to ensure faster decarbonization of Indian economy and help in achieving sustainable goals in line with Paris Agreement and various other actions related to climate change.

“It is considered necessary to have legal provisions to prescribe minimum consumption of non-fossil energy sources as energy or feedstock by the designated consumers. This will reduce in reduction of fossil fuel based energy consumption and resultant carbon emission to the atmosphere. Similarly a need is also felt to provide legal framework for a carbon market with the objective of incentivizing actions for emission reduction leading to increased investments in clean energy and energy efficiency areas,” the Bill said.

The Bill will mandate use of non-fossil fuel sources, including green hydrogen, green ammonia, biomass and ethanol for energy and feedstock.

The Bill provides for establishing carbon markets, bringing large residential buildings within the fold of Energy Conservation regime, enhances scope of energy conservation buildings code. It will also amend penalty provisions, increase number of members in governing council of Bureau of Energy Efficiency, and empower the State Electricity Regulatory Commissions to make regulations for smooth discharge of its functions.