“Appreciate Goa CM @DrPramodPSawant extending Goa Welfare Pension Scheme for Seafarers for further 6 months. However, I earnestly impress upon the CM to make the scheme permanent as appealed by the Seafarers Association. It will bring much relief to seafarers in the state,” Rodrigues said in a tweet.

He said, “Goa is home to many seafarers. It has been a long-pending demand from the Seafarers Association. In the interest of the seafarers and their families, the Goa government must consider to make the scheme permanent.”

Goa government has granted approval for the extension of the Goa Welfare/Pension scheme for the seafarers, 2021 for a further period of six months.

Seafarers have been demanding a permanent scheme for the retired seafarers and widows. The government had stopped the scheme in October 2019. The scheme was revived in July 2021 for six months and later for one year till November 2022.

US struggles to supply effective counterdrone systems to Ukraine 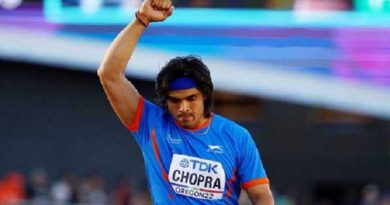 Biden says on 2nd anniversary of Capitol riot US not land of autocrats, extremists