“There is no new King of Pop. You don’t own the title @RollingStone, and you didn’t earn it, my uncle did.

“Decades of dedication and sacrifice. The title has been retired. No disrespect to @Harry_Styles, he’s mega talented. Give him his own unique title,” Taj tweeted on Monday.

Former ‘One Direction’ singer Harry appears on the new cover of the UK magazine, with an accompanying interview. In glittery shorts and cosy knitwear Styles looks doesn’t attract as much scrutiny as the headline: ‘How the new King of Pop set the music world aflame.’

It seems the words struck a wrong chord with Taj, whose late uncle Jackson was famously known as the ‘King of Pop’ being one of the biggest-selling artists in history. Jackson died in 2009 at the age of 50. 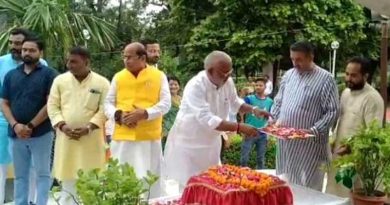