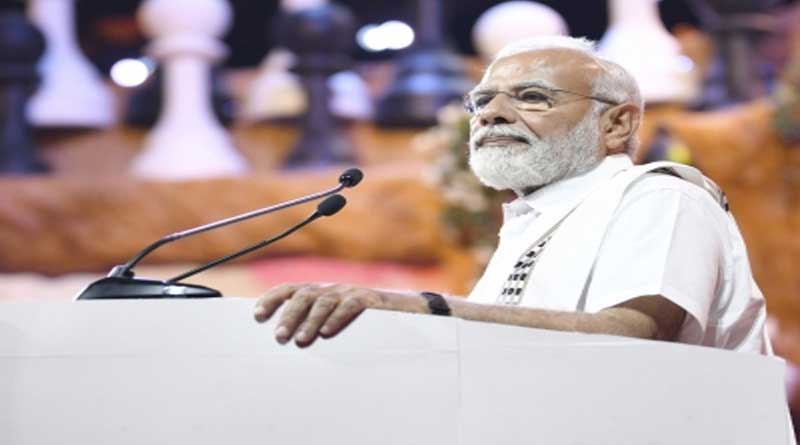 Chennai, July 29 : Prime Minister Narendra Modi on Friday said that the whole world was looking at India’s youth with hope as they are the growth engines of the country and the world.

Speaking at the 42nd convocation ceremony of Anna University, the Prime Minister said, “The whole world is looking at India’s youth with hope. Because you are the growth engine of the country and India is the world’s growth engine. This is a huge honour and responsibility on all of you.”

He also congratulated the students who were graduating during the 42nd convocation of Anna University.

He said,” You have already built a future for yourselves in your minds. Therefore, today is not only a day of achievements but also of aspirations.”

Prime Minister Modi said that it was a matter of pride for all in Anna University as Bharat Ratna Abdul Kalam was from this university.

“We are graduating at a unique time. Some will call it a time of uncertainty, but I will call it a time of opportunity. The global pandemic tested every country. Adversities reveal what we are made of. India faced the unknown confidently, thanks to its scientists, healthcare workers, and common people. Due to this India is at the forefront. Our industry is in the forefront,” he added.

Speaking at the ceremony, Tamil Nadu Chief Minister M.K. Stalin said the state government was focusing on education for all and added that by 2026, 2 million youths should get skilled in the state.

Chief Minister Stalin said that an educational revolution is being carried out in Tamil Nadu and called upon the students to fulfill the dreams of their parents. He said that the government was making all out efforts for the students to get a job immediately after education.

He also said that the Dravidian model of government gives much importance to education and added that education cannot be stolen.

The Chief Minister said that it was a matter of great pride that the Prime Minister of the country has himself given the convocation to the students.

Have a dream to write a book on Bengal: Governor Ananda Bose