New Delhi, Oct 30 : Prime Minister Narendra Modi has taken cognisance of the hanging bridge collapse in Gujarat’s Morbi district on Sunday evening, where at least 35 people were killed and scores are missing, and announced a compensation of Rs 2 lakh to the next of the kin of the dead.

“PM @narendramodi spoke to Gujarat CM @Bhupendrapbjp and other officials regarding the mishap in Morbi. He has sought urgent mobilisation of teams for rescue ops. He has asked that the situation be closely and continuously monitored, and extend all possible help to those affected,” it said in a tweet.

In another tweet, it said that the PM “has announced an ex-gratia of Rs. 2 lakh from PMNRF for the next of kin of each of those who lost their lives in the mishap in Morbi. The injured would be given Rs. 50,000”. 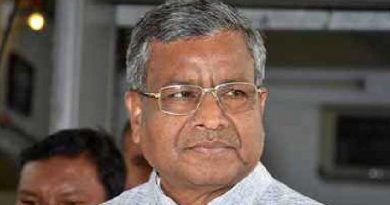 Politics :Mysuru-B’luru Expressway to be inaugurated next month: Gadkari