Featuring global artist and rap supremo Badshah as the judge, with eminent Indian rap trendsetters and pioneers EPR, King, Dino James and Dee MC as Squad Bosses, the latest season of the show will pit 16 of the country’s most unique rap voices, in 10 power-packed weeks.

The launch of ‘MTV Hustle 2.0’ in Mumbai saw Badshah and the four Squad Bosses, make dynamic entries on stage.

The ensemble came together for the first time to perform live and unveiled the show’s power-packed Hustle Rap Anthem, which foretells the show’s spirit as well as the rich diversity of compelling rap music.

Sung by Badshah, EPR, Dee MC, Dino James and King, this electrifying original show track embodies the passion of storytelling, grit, and fervour of talent on the show.

The second season of India’s genre-defining and avant-garde reality television show promises to be a superlative phenomenon for music lovers, rap enthusiasts and entertainment buffs. This dynamic battleground will be an intense and demanding challenge for 16 fresh voices of India’s rap-scene, who will fight hard for the coveted mantle.

The judge of this season, international rap star Badshah, who himself has hustled his way to the global Billboard charts, will look for the best of the lot. Eminent Indian rappers and Squad Bosses King, Dee MC, Dino James, and EPR will hone and transform raw talent, hand-picked from across the country. With their signature styles, flair and experience, they will equip their protégés and coach them through the mentoring journey to become industry-ready professionals.

The show’s format also elevates the magnitude of the competition, wherein Badshah and the four Squad Bosses will groom and judge the contestants based on their talent, performance, meter, technique, musicality and storytelling.

Week on week, fans must watch out for the ‘Squad of the Week’ and ‘Performer of the Week’ as the show progresses, along with epic rap battles.

Sharing his thoughts about judging the show, Badshah said, “Realme MTV Hustle 2.0 is the ultimate platform for unrecognized rappers to shine. To me, a sensation is born when consistent skill meets that hunger and willingness to do more for the sake of the craft. This show identifies that unique fire. I can’t wait for the audience to get a taste of the powerful, untapped raw talent we have discovered.”

Rapper and seasoned entertainer, King, who has had his own musical journey on the show, said, “From being one of the finalists on the first season to being a Squad Boss on the new one, I can definitely vouch for the powerful transformation this stage brings. There is so much talent out there that needs encouragement and direction. Realme MTV Hustle 2.0 is a must watch for everyone who dares to dream big.”

Stereotype breaker and rap icon Dee MC shared, “It feels incredible to be a Squad Boss on the latest season. The show has been pivotal in bringing the Indian rap-scene from underground cyphers to mainstream audience. To me, anyone who can balance presentation, confidence and musicality with consistency stands a good chance to take home the trophy.”

Renowned songwriter and rapper Dino James commented, “Things are going to get really interesting, and all heated up from the get-go! Rap has inspired so many storytellers from across the country to share what’s closest to their hearts, and Realme Hustle 2.0 brings this artistic manifestation for the entire nation to see. I’m sure the show is going to be electrifying for contestants as well as fans and viewers to experience.”

Former Hustle runner-up and now a Squad Boss, EPR said, “Rap is an extremely potent medium of expression and has undergone a steady revolution of its own in the country. Realme MTV Hustle 2.0 embraces the diversity of talent in this genre and provides a platform like no other, thus empowering artists, urban story tellers, avante-garde poets showcase their unique artistry fearlessly. The next generation of rap voices has multitudes of stories to tell and show’s bringing it all to the fore.”

It will air from September 3, at 7 pm on MTV India and Voot. 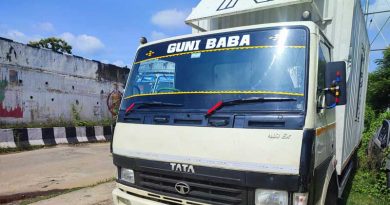 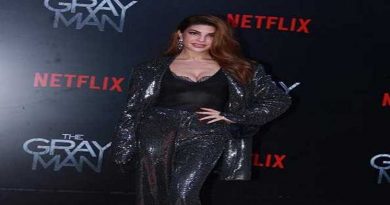