At 161,000 light-years away in the Large Magellanic Cloud galaxy, the Tarantula Nebula is the largest and brightest star-forming region in the Local Group, the galaxies nearest the Milky Way. It is home to the hottest, most massive stars known, according to NASA on Tuesday.

The Webb telescope’s Near-Infrared Camera, also called NIRCam, has helped researchers see the region “in a new light, including tens of thousands of never-before-seen young stars that were previously shrouded in cosmic dust,” said NASA.

Webb will provide astronomers the opportunity to compare and contrast observations of star formation in the Tarantula Nebula with the telescope’s deep observations of distant galaxies from the actual era of cosmic noon, according to NASA.

Webb will find the first galaxies that formed in the early universe and peer through dusty clouds to see stars forming planetary systems, according to NASA.

On its Instagram, NASA posted: “This Webb caught a giant space tarantula! ⁣(with an web emogi).”

It said: “Take a moment to stare into the thousands of never-before-seen young stars in the Tarantula Nebula. @NASAWebb reveals details of the structure and composition of the nebula, as well as dozens of background galaxies. ⁣

“Stellar nursery 30 Doradus gets its nickname of the Tarantula Nebula from its long, dusty filaments. Located in the Large Magellanic Cloud galaxy, it’s the largest and brightest star-forming region near our own galaxy, plus home to the hottest, most massive stars known. ⁣

“What makes this nebula so interesting to astronomers?

“Unlike in our Milky Way, the Tarantula Nebula is producing new stars at a furious rate. Though close to us, it is similar to the gigantic star-forming regions from when the universe was only a few billion years old, and star formation was at its peak — a period known as “cosmic noon.”

“Since the Tarantula is close to us, it is easy to study in detail to help us learn more about the universe’s past,” NASA said on social media. 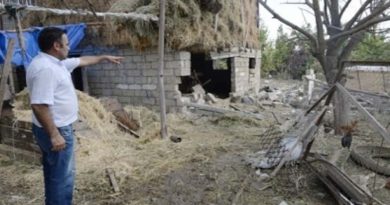 Can Omar Abdullah’s cordiality be interpreted as ‘warming up between NC and BJP’?