Washington, Nov 16 : Nasa has successfully launched its most powerful-ever rocket, as part of a plan to eventually return humans to the Moon.

The American space agency Nasa has launched its biggest ever rocket from Cape Canaveral in Florida.

The 100m-tall Artemis vehicle climbed skyward in a stupendous mix of light and sound, the BBC reported.

Its objective is to hurl an astronaut capsule in the direction of the Moon.

This spacecraft, known as Orion, is uncrewed for this particular flight, but if everything works as it should, people will climb aboard for future missions that go to the lunar surface.

Wednesday’s flight followed two previous launch attempts in August and September that were aborted during the countdown because of technical glitches.

But such issues were overcome on this occasion, and the Space Launch System, as the rocket is often called, was given the “go” to begin its ascent from the Kennedy Space Center at 1.47 local time.

“We rise together, back to the moon and beyond” exclaimed the Nasa commentator.

Nasa flight director Charlie Blackwell-Thompson addressed her colleagues after the successful launch of the Artemis I mission.

“For once I might be speechless,” she said, before paying tribute to her team’s hard work.

“This is your moment. You have earned your place in history,” Blackwell-Thompson added.

She described the mission as the first step for humanity’s return to the Moon – and a later visit to Mars.

She thanked her peers for their “resilience” after two scrubbed launches.

In keeping with Nasa tradition, she asked a colleague to cut her tie, the BBC said.

Fifty years after Neil Armstrong and Buzz Aldrin took their first steps on the Moon, and ushered in a golden era of space exploration, Artemis will inspire a new generation.

The new missions are different. Nasa is planning to eventually land the first woman and first person of colour on the Moon – showing that space exploration is open to everyone, the BBC added.

More than a decade in the making, Nasa’s $20billion rocket – the Space Launch System (SLS) heading to the Moon is designed to lift heavy payloads off Earth.

The rocket has roughly the height of a 32-storey building.

The rocket travelled at speeds of up to 40,000km an hour.

It will take several days to make the 380,000km journey from Earth to the Moon, the BBC said.

Almost every child on earth will suffer from heatwaves by 2050: Unicef 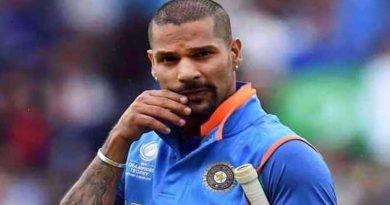