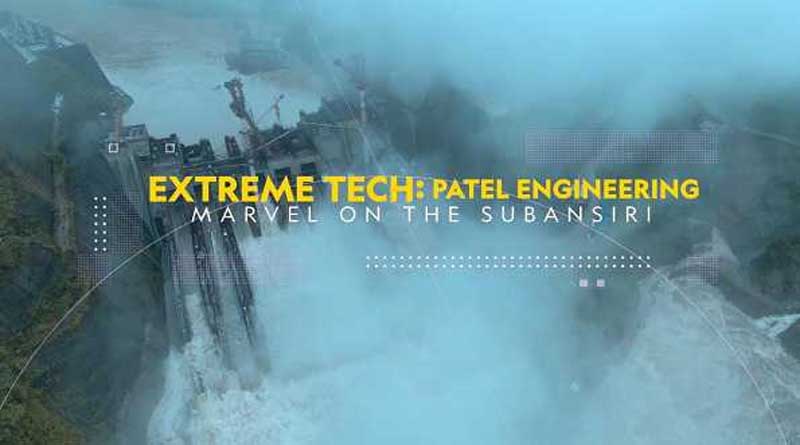 New Delhi, July 29 : The latest edition of National Geographic in India’s ‘Extreme Tech’ is all set to unravel the art and science behind the country’s largest Hydroelectric projects by the engineers and workers at Patel Engineering.

Titled ‘Extreme Tech: Patel Engineering Marvel on the Subansiri’, will give the viewers a glimpse into the modern engineering that aims to produce 2000 MW of clean and green energy.

“At National Geographic in India, it is our continuous endeavour to inspire people by bringing forth insightful & enriching narratives. With this edition of Extreme Tech; which focuses on highlighting the magnificence of modern engineering; we took the opportunity to take our viewers through a journey filled with hard work, persistence, planning, and ingenuity of a team who are creating an engineering marvel in the form of one of India’s largest hydroelectric projects,” said a National Geographic spokesperson in a statement.

“Subansiri Lower Hydro Electric is a project that involves engineering in the most extreme circumstances. Our long-term vision with the project was to operate and optimise hydropower in a manner that it maximises opportunities and provides long-term benefits for the nation.

“Extreme Tech: Patel Engineering “Marvel on the Subansiri” is a story of our efforts, resilience, and journey to building one of India’s largest hydroelectric dams. We are glad to have associated with National Geographic to bring out the story of how we are creating this masterpiece,” said a spokesperson from Patel Engineering.

The documentary captures the vision, ideation along with sheer hard work and synergy of the skilled engineers and workers at Patel Engineering to create one of the largest hydropower projects in India.

The film takes the viewers through the blueprint of the under-construction site – from highlighting the extreme challenges of this gigantic project to adopting a strategic headway approach. The film also chronicles the incredible technology and execution methods behind this man-made creation.

It will premiere on July 30 at 8 pm on National Geographic Channel India.