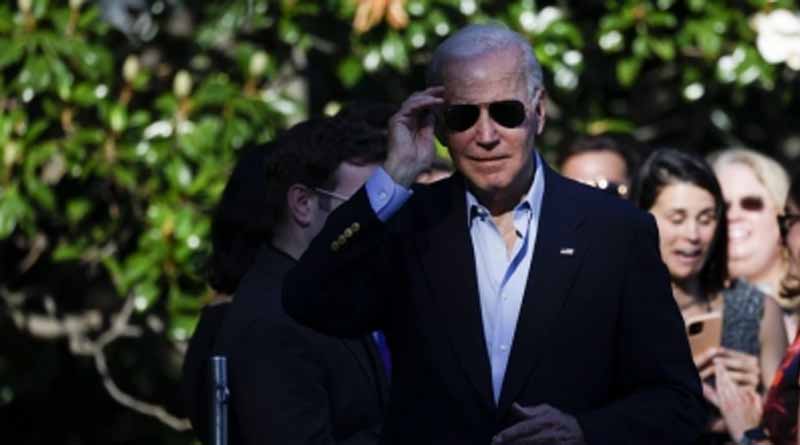 New Delhi, Aug 6 : US President Joe Biden has denounced the Gurdwara shooting that took place in Oak Creek, Wisconsin, on August 5, 2012, on its tenth anniversary.

Terming it as the deadliest attack on Sikh Americans in US history, Biden stressed the need to ban assault weapons used in many mass shootings in places of worship, along with high-capacity magazines.

On August 5, 2012, the Sikh community of Oak Creek came under attack when white supremacist Wade Page stormed a Gurdwara in Wisconsin and gunned down six worshippers, before shooting himself dead. A seventh person who was severely paralysed died from his injuries in 2020.

Stating that no one should fear for their life when they worship or go about their lives in America, Biden said the House of Representatives has passed a bill in this regard, and called upon the Senate to act as wel

“To stand in defence of religious freedom, we must all stand together to ban the weapons that terrorise congregations around our country,” the President said.

He also lauded the optimism of the Sikh community in the US, which annually hosts a memorial in honour of the mass shooting victims of Wisconsin.

Meanwhile, in a joint statement, the Sikh Coordination Committee East Coast (SCCEC) and American Gurdwara Parbhandak Committee (AGPC) said the SCCEC and AGPC memorialise this shooting and pray for the departed souls and their families.

They also expressed solidarity with other faith communities that have fallen victim to mass gun violence and white supremacy, and urged the US Congress to pass the ‘Domestic Terrorism Prevention Act’.

“We also join the call to US Congress by Sikh Coalition and SALDEF to pass the Domestic Terrorism Prevention Act,” said Himmat Singh, SCCEC Coordinator.

“On this sad occasion, we remember the church mass shooting in Charleston, where nine Black worshipers were shot and killed in 2015, and the Tree of Life synagogue in Pittsburgh where 11 worshipers were slain in 2018.

“Both SCCEC and AGPC stand in full solidarity with other faith communities that have fallen victim to mass gun violence and white supremacy,” said Pritpal Singh, Coordinator, AGPC.