Hyderabad, Oct 27 : Congress leader Rahul Gandhi on Thursday slammed both BJP and TRS, describing them as two sides of the same coin.

He alleged that both the parties are anti-democratic, buys MLAs and topple governments.

The Congress MP was addressing a meeting in Narayanpet district of Telangana as part of his Bharat Jodo Yatra.

“I want to make it clear that for us both BJP and TRS are the same. They are two sides of the same coin. You need to understand that both parties work together. They help each other. In Delhi, TRS helps BJP and in Telangana, BJP supports TRS,” he said.

“Both are anti-democratic parties. They practice politics of money, buy MLAs and topple governments,” he added.

Rahul Gandhi’s comments came a day after three persons were arrested in Hyderabad while trying to lure four MLAs of TRS with offer of huge sums of money to defect to BJP.

The TRS has alleged that it was a conspiracy by BJP to buy the MLAs to destabilise its government in the state but the saffron party has denied the allegation.

Rahul Gandhi recalled that whatever Bill Prime Minister Narendra Modi wanted to pass in the Parliament, the TRS extended its full support. “The three black laws on agriculture were fully supported by the TRS. In the Assembly, we brought a resolution against the three farm laws but TRS did not support it,” he said.

He stated that BJP and TRS are not political parties but businesses who loot public money but don’t do anything good for people.

The Congress MP also remarked that the TRS government in Telangana is perhaps the country’s most corrupt government. He referred to the Rs 15,000 crore Miyapur land scam and the corruption in Kaleshwaram project.

Rahul Gandhi said Telangana farmers say that TRS in Telangana is doing what BJP is doing at the Centre.

After a three-day break, Rahul resumed the Bharat Jodo Yatra on Thursday, which also marked completion of 50 days of Kanyakumari to Kashmir walkathon.

During the day, the Congress leader walked up to 26 km and interacted with farmers, fishermen and beedi workers.

Rahul Gandhi alleged that Telangana and the country are witnessing highest-ever corruption and unemployment. He claimed that demonetisation and GST broke the backbone of providing employment in the country.

He said people were suffering due to unemployment on one side and price rise on the other.

“Petrol and diesel prices have gone up. When the price of a cooking gas cylinder was Rs 400, Narendra Modi used to criticize us. Today, the price has gone up to Rs 1,000 but he does not utter a word,” he said.

He told people that the aim of Bharat Jodo Yatra is to stand up to the hatred and violence being spread in the country.

He stated that walking 3,500 km is not an easy task but the love and affection shown by people has made it easy. He said with the strength given by the people, walking for 7-8 hours every day has become easy for him.

PIL at Calcutta HC against corruption in license renewal of B.Ed colleges 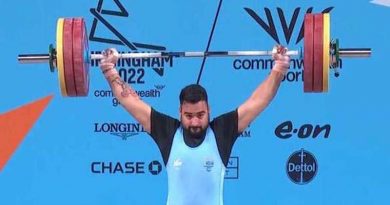 PVR to release ‘Three Thousand Years of Longing’ on Aug 26