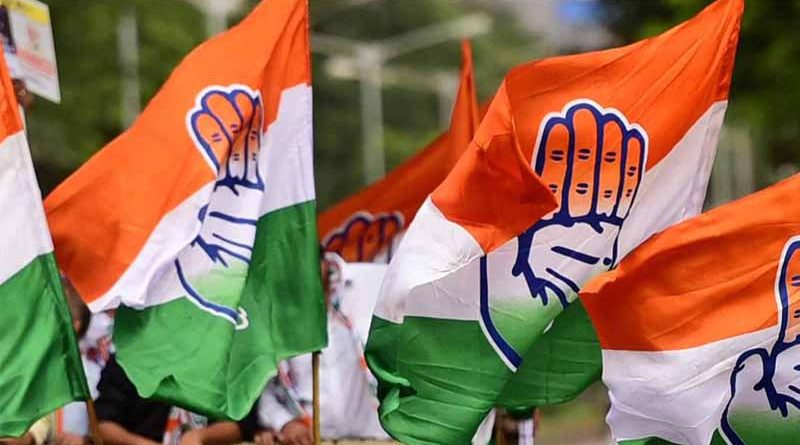 Mumbai, Oct 16 : Hours before the Indian National Congress (INC) Presidential elections scheduled on Monday (October 17), theres palpable excitement in the party from top to bottom – and palpitations among the two candidates vying for the top post of ‘saviour of the 137-year-old Grand Old Party born in Mumbai on December 28, 1885.

After a gap of around 22 years, the Congress is now huffing and puffing for an internal election for the post of President with senior leaders Mallikarjun Kharge, 80, and Shashi Tharoor, 66, in the fray, both enjoying a close rapport with the Gandhi family.

Probably for the first time, the Gandhis have not raised an eyebrow either in favour or against both the contenders, and the elections are widely perceived as being independent, free and fair, with nobody a blue-eyed boy of anybody’.

But, to many of the 9,300-delegates (voters) for the party polls, a grim dilemma wracking their conscience is – whose victory could make the Gandhi family smile and the Congress party grin’.

Without seeking blessings’ from the family, both Kharge and Tharoor, each waving a meritorious curriculum-vitae, giddyapped into the horse-race earnestly, to make a faithful’ bid for a historic win.

Wily old fox Kharge started with a bang and a show of strength compared to the suave and sophisticated Tharoor, who made a relatively low-key entry but has earned dollops of silent goodwill among many Congressmen all over, particularly the younger lot.

Some senior delegates in Maharashtra, Uttar Pradesh, Madhya Pradesh and certain other states suspect Kharge is aiming towards bettering Sonia Gandhi’s record – getting over 97 per cent of the party mandate compared to her then rival Jitin Prasada, who secured just 99 votes in the 2000 INC Presidential elections.

On the other hand, Tharoor is studiously wending his way, often encountering shades of hostility bordering on contempt, some even ridiculing him for certain past indiscretions, yet many harbour a secret desire that he should give a tough fight and attempt to pick up the beleaguered Congress’ “ashes trophy”.

From the approximate 9,300 voters across the country, UP accounts for around 1,200 and Maharashtra around 793 – the two largest chunks – which can prove to be crucial for both the candidates.

Incidentally, this is the first time in 25 years when there is no Gandhi family member in the fray for the Congress Presidential polls.

Nevertheless, the current scenario indicates that though Kharge may have an edge here, Tharoor won’t exactly gift him a cakewalk, with many delegates fervently hoping that the voters heed their conscience’ at the polling boxes on Monday.

In the past few days, many apparently cold-shouldered Tharoor in the splintered Maharashtra party unit, but a significant chunk warmed up to him in the fissured Mumbai unit, while the rest managed to portray a neutral stance before him and Kharge when they canvassed here.

A couple of Congressmen referred to certain comments of Kharge that managed to ruffle the minority delegates – accounting for nearly 10 per cent of the total voters – that could prove advantage Tharoor.

Plus, there are murmurs over the prospects of whether Kharge can galvanise the party in the next 18 months for the 2024 general elections, and old-timers remember how he had tread on the toes of some veterans when he was the AICC General Secretary in-charge here, etc.

Several delegates privately vented their reservations over a contest’ vis-a-vis a unanimous’ election, many more openly expressed their dismay “why Priyanka Gandhi Vadra stands on the fringes, reluctant to revitalise the INC or play a more wholehearted national political role”.

In 1997, Sitaram Kesri – blessed’ by the Gandhis – had won hands down bagging nearly 7,500 of the 8K-plus votes, with Sharad Pawar getting around 890 and Rajesh Pilot securing some 350 votes.

Two years later, Pawar quit the party to form the Nationalist Congress Party (1999) as Sonia Gandhi led the INC to a defeat vis-a-vis the Bharatiya Janata Party (BJP) that year, and Pilot was tragically killed in a road accident in 2000.

Though the Congress bounced back to rule from 2004-2014 with Manmohan Singh as the Prime Minister, it tumbled under the BJP’s juggernaut unleashed by Narendra Modi who became the PM in 2014, and repeated the feat in 2019.

A worrisome situation exists today as an ogre-like BJP is out to gobble up everything – state governments, institutions, parties, families and legacies – posing a tough challenge for the next Congress President who will have to wield the political swords adeptly, much like the mythical Zorro.

Delegates from different states claim that whether Kharge or Tharoor is elected as the next Congress President, the Gandhi family’s institutional grip over the organisation may not slip easily and the next incumbent would have to keep all ‘groups’ in good humour – for the sake of the party.

The big challenge for the incoming INC chieftain would be to curb the rampant egoistic infighting – the traditional hallmark of Congress since inception – restore the faith of the rank and file, spur the grassroots workers to ‘wake up’, and prepare in right earnest for the 2014 political mega-battle to avoid a wipe-out…

(Quaid Najmi can be contacted at: q.najmi@ians.in)

BJP protests inside & outside assembly over Rabita Murder Case

‘We want all of this to end’: Putin to Modi on Ukraine conflict