New Delhi, Sep 16 : Expressing his disappointment at not being invited to join the Bharat Jodo Yatra, senior Congress leader Dr Karan Singh on Friday said it seems that the party doesn’t need him anymore.

In an exclusive interview with IANS, Dr Singh said: “I have not been invited for the Bharat Jodo Yatra. For some years, I feel separated from the party. Neither I am in any committee of the party nor has the party consulted me for some years. A rift has taken place between me and the party. However, I have been into the party for my whole life, but it seems that they don’t need me now more.”

“I have seen a lot in this world, so it doesn’t hurt me anymore. I have got many things through the Congress. But, a time comes when the people around you think that there is no need,” he added.

Asked about the exit of senior party leader Ghulam Nabi Azad, Dr Singh, who is from the erstwhile royal family of Jammu and Kashmir, said that it will have an impact and the party will suffer.

The Congress launched the Bharat Jodo Yatra from Kanniyakumari to Kashmir on September 7. Rahul Gandhi is leading the yatra that will cover over 3,750 km through 12 states and reach its destination at Kashmir in 150 days.

Meanwhile, the Congress hinted on Thursday that the party may also plan a similar Yatra from Gujarat to Arunachal Pradesh next year. 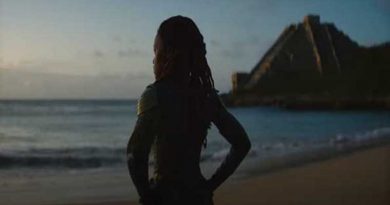 With $30 billion bilateral trade turnover in sight, India and Russia plan big for 2023

Business : Petrol and diesel can come under GST if all states agree: Hardeep Puri