New Delhi/Agartala, Aug 21 : The Opposition Congress on Sunday demanded imposition of President’s rule in the BJP-ruled Tripura, claiming “Super Jungle Raj” is prevailing in the state.

AICC in-charge for Tripura, Nagaland, Sikkim Ajoy Kumar, and Tripura Congress leaders, while talking to the media in Delhi, also demanded probe into all attacks against Opposition party leaders and workers by the Bharatiya Janata Party (BJP) workers in the last 5 years by a sitting High Court judge.

The Congress, for the first time, has demanded President’s rule in Tripura.

“The Prime minister should answer in the Lok Sabha why the political opponents in Tripura are being subjected to political violence by the BJP? On Saturday night, BJP workers attacked a Congress leader’s house in Jirana (in west Tripura) with a bulldozer,” Kumar said.

Congress leader Sudip Roy Barman, the lone party MLA in Tripura, quoting the statistics of Tripura police department said during the 52 months’ rule of the BJP, 604 murders, 678 rioting, 644 kidnapping and 1,778 cases of theft cases were reported.

Barman, who quit the BJP earlier this year and was re-elected to the state assembly on the Congress ticket for sixth time in the June 23 by-polls, said that the law and order situation in Tripura is so dreadful that 165 important files from the state police headquarters and 450 files from the education department were stolen to “protect” the important BJP leaders and ministers.

AICC Secretary Szarita Laitphlang said that an extremely grave situation has been prevailing in Tripura that the people of India should be privy about.

“The systematic death of democracy taking place in the far northeast of India. Whenever any incident or attack took place against the opposition party workers, the police and the security personnel have become silent spectators to the violent show,” she said.

The Congress leader said that regular attacks on women continue as they are subjected to physical abuses.

“The administration refuses to register complaints against the perpetrators as they are being shielded. More than 43 journalists have been physically assaulted and in many cases, they have been threatened for their unbiased reporting. No arrests have been made till date on all the cases. Three to four media offices in Agartala were burnt down in August, September last year and in May this year,” the AICC Secretary said.

The Congress leaders also explained how the other party leaders including former Chief Minister Manik Sarkar were attacked by the BJP workers and the party-backed goons several times.

Bangladesh upset with some diplomats 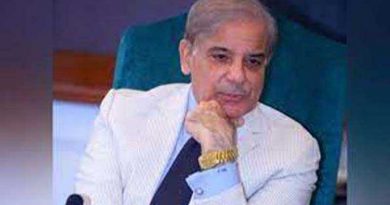 Politics : Is Mukul Wasnik getting a bigger role in Congress?